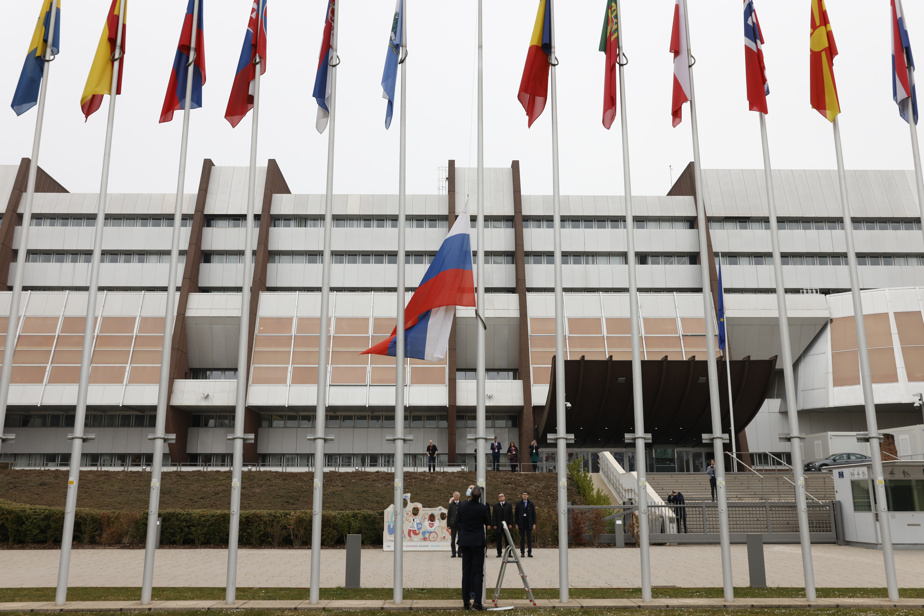 (Strasbourg) The Council of Europe, guarantor of the rule of law on the continent, officially excluded Russia on Wednesday because of its war launched against Ukraine, a historic decision taken the day after the announcement by Moscow that the country was slamming the door of this organization.

The exclusion was decided on Wednesday morning during an “extraordinary meeting” of the Committee of Ministers, the organisation’s executive body, the day after an advisory vote by the Parliamentary Assembly of the Council of Europe ( PACE). The latter had declared itself in favor of the exclusion of Russia.

A few hours before this election, Moscow had taken the lead in officially announcing that it was slamming the door of the Council, an organization based in Strasbourg (eastern France) to which the country had joined in 1996. It had been suspended from it anyway. on February 25, the day after its offensive in Ukraine.

The Committee “decided, within the framework of the procedure launched under Article 8 of the Statute of the Council of Europe, that the Russian Federation cease to be a member of the Council […] effective today, 26 years after joining,” the council said in a brief statement.

The flag of the Russian Federation was lowered around 2:30 p.m. GMT (9:30 a.m. Eastern Time) from its flagpole in front of the Council, where only the flags of the other 46 member states now fly.

The concrete implications of this exclusion will be defined later by the Committee of Ministers, which will resume its meetings on this subject next week, the organization said.

“It’s sad to have to exclude a country after 26 years of membership,” said PACE President Tiny Kox in a separate statement. “But it was necessary and I’m glad we dared to do it.”

It is only the second time that the institution is confronted with such a scenario: Greece had proceeded in a similar way, leaving the Council before being expelled from it, in 1969, under the dictatorial regime of the colonels. She had rejoined him in 1974.

In 2014, Russian PACE parliamentarians were disenfranchised after Russia annexed Crimea. After five years of tension, the Russian delegation had rejoined the PACE, to the great displeasure of the Ukrainians.