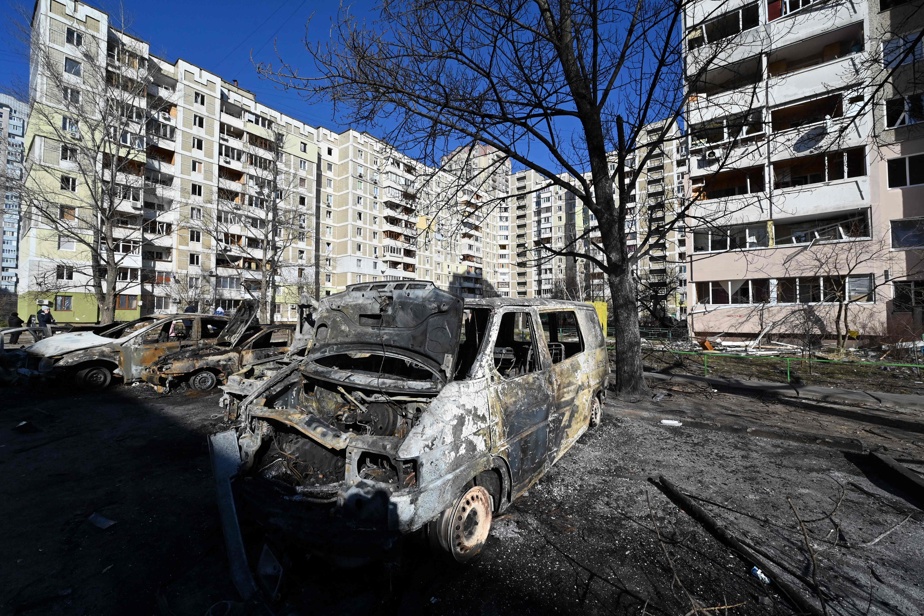 (The Hague) The prosecutor of the International Criminal Court (ICC) announced on Monday the opening “as soon as possible” of an investigation into the situation in Ukraine, citing “war crimes” and “crimes against humanity “.

Karim Khan had already expressed “growing concern” last week following the Russian invasion of Ukraine, promising to follow the situation closely and calling on the parties to the conflict to respect international humanitarian law.

“I have reviewed the Office’s findings from the preliminary examination of the situation in Ukraine and have confirmed that there is a reasonable basis to proceed with the initiation of an investigation,” Khan said in a statement. a statement.

The prosecutor of the ICC, a court created in 2002 to try the worst atrocities in the world, said he was “convinced that there is a reasonable basis to believe that alleged war crimes and crimes against humanity have been committed in Ukraine “.

Given the expansion of the conflict in recent days, I intend that this investigation also encompass all new alleged crimes within the jurisdiction of my Office that are committed by any party to the conflict on any part of the territory of Ukraine.

Ukraine has not signed the Rome Statute, the international treaty founding the ICC, but it has formally recognized the Court’s jurisdiction over crimes committed on its territory.

The next step is to “continue the process of seeking and obtaining authorization from the Court’s Pre-Trial Chamber to open an investigation”, the prosecutor stressed.

“I will continue to closely follow developments on the ground in Ukraine,” Mr. Khan also promised on the fifth day of the war in the country.

“I again call for restraint and strict respect for the applicable rules of international humanitarian law,” he added.

In April 2014, Ukraine recognized the court’s jurisdiction over a period from November 21, 2013 to February 22, 2014, for crimes committed before and during the fall of former Ukrainian President Viktor Yanukovych. As a result, a preliminary investigation was opened in April 2014.

In 2015, Kiev again recognized the jurisdiction of the ICC, this time for crimes committed after February 2014, particularly during the conflict in the east of the country.

Mr. Khan’s predecessor, Fatou Bensouda, had in December 2020, following the preliminary examination by her services, declared that a “wide range of behavior constituting war crimes and crimes against humanity” had been committed in Ukraine, calling for a full investigation.

Kiev had at the time welcomed this announcement, described as “historic decision”.