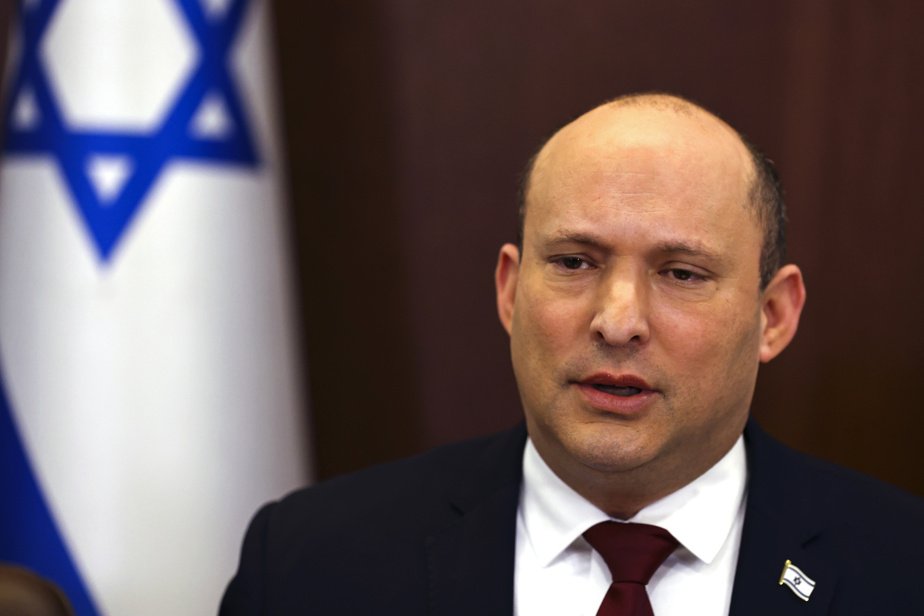 (Jerusalem) Israeli Prime Minister Naftali Bennett said on Sunday that his efforts to mediate the war between Russia and Ukraine were “a moral duty” even if there was little chance of success.

Mr. Bennett made these remarks to his government, the day after his meeting in Moscow with President Vladimir Putin, a trip to Berlin and telephone conversations with Ukrainian President Volodymyr Zelensky.

“Even if there is little chance of success, as long as there is an openness and we have access to both parties and the capacity (to act), I see it as a moral duty to try everything,” said he asserted. “As long as there is hope, we must make efforts and there may still be time to act”.

Mr. Bennett flew to Moscow on Saturday where he met with Mr. Putin for about three hours according to his services. It was the first visit to Russia by a foreign leader, linked to the Russian invasion of Ukraine launched on February 24.

He then spoke on the telephone with Volodymyr Zelensky before going to meet Chancellor Olaf Scholz in Berlin.

On Sunday, the Israeli prime minister spoke again, this time on the phone, with the Russian president as well as with the German chancellor and the French president, his services said without giving further details.

The Kremlin then said in a statement that MM. Putin and Bennett had a “full exchange of views on the situation” and that they had agreed to “stay in touch”.

According to his office on Sunday, Mr. Bennett spoke on the phone three times in the past 24 hours with Volodymyr Zelensky.

Recently, Mr. Zelensky, a Jew, in a Hebrew-language social media post called on Jews around the world to stand up against the Russian invasion. He also blamed Mr. Bennett for his inaction.

The Israeli prime minister avoided condemning the Russian invasion as Western powers did, pointing to Israel’s strong ties to Moscow and Kyiv.

The Jewish state preferred sending humanitarian aid instead, indicating on Sunday that it will set up a field hospital in Ukraine, where it will also supply generators to the hospital in Lviv (a city located near the border with Poland), assistance which adds to the 100 tonnes of aid sent last week.

According to analysts, Mr. Bennett’s mediation efforts are also linked to the nuclear issue of Iran, an enemy country of Israel.

“The prime minister has to deal with several issues at the same time – the agreement with Iran, the American support and of course the fact that the international community is imposing sanctions on Russia,” said Nadav Eyal, columnist for the Israeli daily Yediot Aharonot. .

“Bennett is playing a risky bet and it is to be hoped that this mediation will not harm Israel’s interests,” he adds.

In Moscow, Messrs. Bennett and Poutine evoked the discussions of Vienna on the Iranian nuclear file, whereas Israel is opposed to any agreement with Iran which it accuses to want to manufacture an atomic bomb. What Tehran denies.

Russia, under Western sanctions over its invasion of Ukraine, demanded US guarantees on Saturday before backing any deal in Vienna to save the 2015 deal that was supposed to prevent Iran from getting the bomb nuclear in exchange for the lifting of international sanctions.

Without making a direct link between his trip to Moscow and Iran, Mr. Bennett reiterated on Sunday his refusal of any agreement in Vienna that would revive the 2015 agreement concluded by Iran on the one hand, and the States United States, China, France, the United Kingdom, Russia and Germany on the other.

“The shortcomings of the prospective agreement are greater than its advantages,” he said. “This agreement in no way commits the State of Israel. »

In this context, Israeli Foreign Minister Yair Lapid will meet US Secretary of State Anthony Blinken in Riga on Monday, his services said without giving further details.

On the other hand, Israel is preparing for a wave of immigration from Ukraine and Russia.

Interior Minister Ayelet Shaked said 2,034 Ukrainian refugees had been welcomed to Israel since February 24, but there could be “more than 100,000 new immigrants from Russia and Ukraine”.

Some 300 Jews from Ukraine arrived in Israel on Sunday on three flights, including about 100 orphaned children who were met at the airport by the prime minister.

According to Foreign Affairs, 5,700 Israelis have left Ukraine since February 24 and about 2,000 are still there.