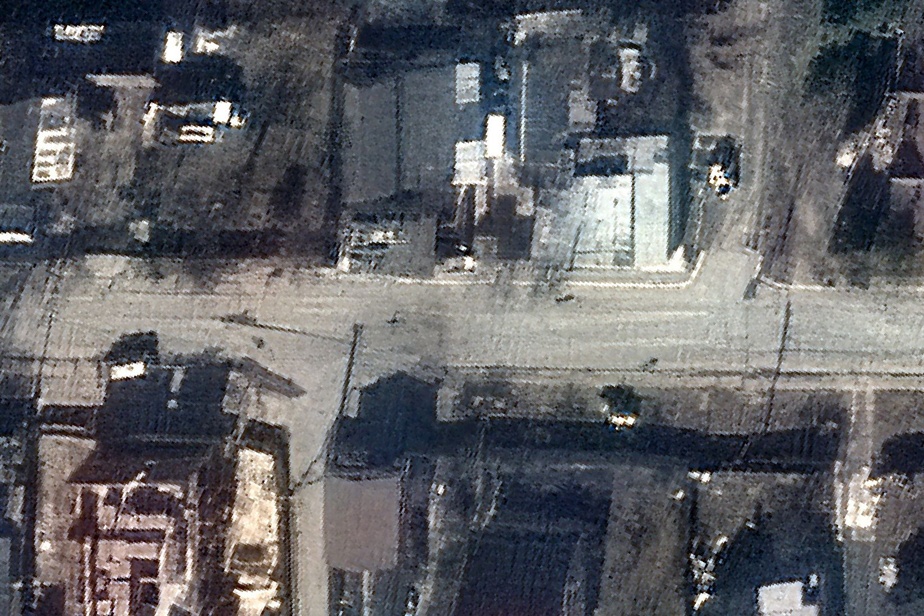 (Paris) Satellite images released on Monday by the American company Maxar Technologies and analysis of photos taken by AFP on the spot undermine Russian claims that the corpses of people in civilian clothes found in the Ukrainian city of Boutcha y were placed after Russian troops evacuated the area.

Accusations of war crimes and crimes against humanity (indiscriminate bombardment of Ukrainian cities, kidnapping of civilians, rape, torture, murder, etc.), whether they come from the Ukrainian authorities, the media or NGOs, have multiplied since the invasion of Ukraine on February 24 by the Russians, who have since faced fierce resistance from Kyiv forces and deny the abuses.

In Maxar footage dating back to mid-March, several bodies of civilians can be seen lying dead in a Boutcha street or on the sidewalk.

The Ukrainian army only a few days ago recaptured this town northwest of Kyiv from the Russians and the Ukrainian authorities claimed over the weekend that they had found many bodies in Bucha after the withdrawal of enemy troops.

These “high resolution images […] corroborate recent videos and photos on social media revealing the presence of bodies lying in the streets (of Boutcha) and abandoned for several weeks,” Maxar Technologies said in a statement.

In an analysis of close-ups of Yablonska Street provided by Maxar, The New York Times wrote on Monday, after comparing them with video footage of bodies littering the street shot on 1er and April 2, that many of them had been there for at least three weeks, when Russian forces controlled the town.

Corroborating the analysis of the New York Times, AFP was also able to cross-check these satellite images with the photos taken on the spot Saturday by its team, when it saw the corpses of at least 22 people wearing civilian clothes.

Many bodies present in a satellite image, provided by Maxar and dated March 19, appear in the same position on the ground and in the same place as in the AFP photos, taken two weeks later.

On Monday, Kremlin spokesman Dmitry Peskov “categorically” rejected all these accusations, saying that Russian Defense Ministry experts had found signs of “falsifications” in the images presented by the Ukrainian authorities as evidence. a Russian massacre.

This denial was repeated in New York (United States) during a press conference by the Russian ambassador to the United Nations, Vassily Nebenzia.

“All of a sudden (these bodies) appear in the streets, lying on the ground, one by one, who to the right, who to the left, some moving, others showing signs of life”, declared Mr. Nebenzia, denouncing a staging “arranged by the Ukrainian information war machine”.

But here again, an analysis of the images broadcast on social networks, as well as photos from AFP and the testimonies of its journalists on the spot undermine this version.

On its Telegram account, the Russian Ministry of Defense more specifically suspects two bodies of moving, from a video filmed in Yablonska Street and posted online on April 2.

However, an AFP team, on site on April 3, photographed these two motionless bodies in exactly the same place and in the same position as on the video.

Ukrainian President Volodymyr Zelensky visited Bucha on Monday, where he denounced ‘war crimes’ and ‘genocide’ after dozens of corpses in civilian clothes came to light in the city and other localities near the Ukrainian capital.

“You are here and you can see what happened. We know that thousands of people have been killed and tortured, have had their limbs torn, women have been raped and children killed,” he said at an impromptu press briefing, after walking a few meters on a downtown street littered with the shredded carcasses of Russian armored and personnel carriers, amid destroyed houses.