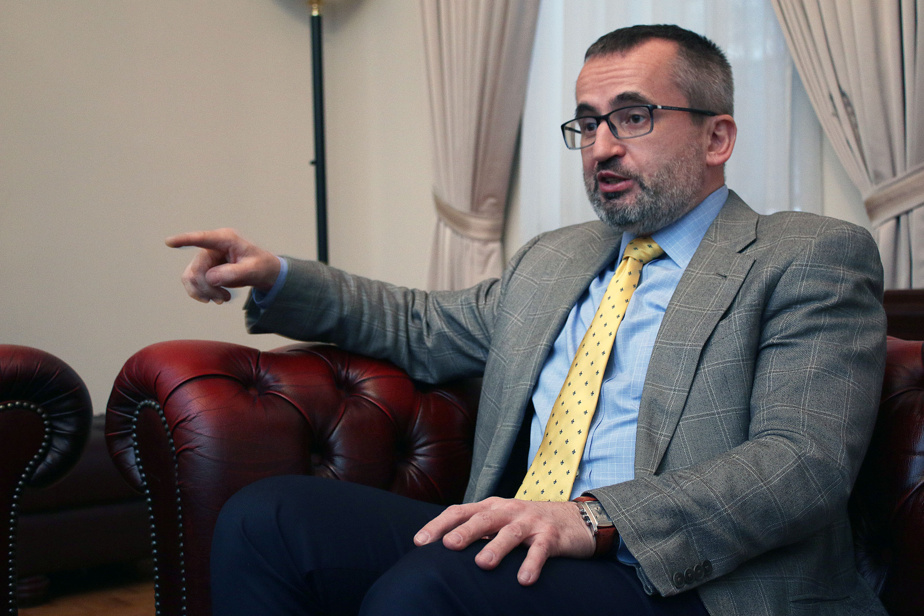 (Ottawa) And six. The envoy of the Kremlin in Ottawa, Oleg Stepanov, is summoned for a sixth time by the Canadian government.

This time, the ambassador was asked to account for two things: the missile strikes against a residential tower in Dnipro, which caused more than 40 civilian casualties, and the comments made by the Russian Minister of Foreign Affairs foreigners, Sergei Lavrov.

We are going to summon the Russian ambassador to Canada to confront him with the brutality of the Russian attacks against the civilian populations in Dnipro, and to condemn in [le] looking straight in the eye at Minister Lavrov’s anti-Semitic comments.

The head of Russian diplomacy on Wednesday morning compared the actions of Western countries against his country to the “final solution” of the Nazi regime to exterminate the Jews.

“Russia/USSR was the decisive force in saving Europe from Nazism and ending the genocide. [La ministre] Mélanie Joly seems to be unaware of this and has completely forgotten that Canada and Russia were allies in the Second World War, ”one wrote on the social network.

“Russia will not allow neo-Nazism to grow and spread in Europe and elsewhere,” it also says.

In the wake of the attack in Dnipro, the Bloc Québécois urged the minister to summon Oleg Stepanov, whom some would like to see expelled from the country. Russia’s head of mission in Canada has been summoned to explain himself to Global Affairs Canada half a dozen times since the start of the invasion.

He was met in particular about the massacre in Boutcha, the homophobic and anti-LGBTQ comments conveyed on the embassy’s Twitter account, and for having denied the existence of the Holomodor (the Ukrainian famine and genocide of 1932- 1933).

At the end of the day, on Wednesday, a spokesperson for the Russian embassy maintained that Mr. Stepanov had made the same plea to the government as Vladimir Putin, namely that “the tragedy was attributable to the Ukrainian air defense which operates in areas civilians in violation of international humanitarian law”.

Visit of the British Minister

Both offered their sympathy to the relatives of the victims of the helicopter crash near Kyiv which claimed several victims, including Ukrainian Interior Minister Denys Monastyrsky. The accident killed at least 14 people, including a child from a nursery school.

They also promised to continue sending military equipment to Ukraine.