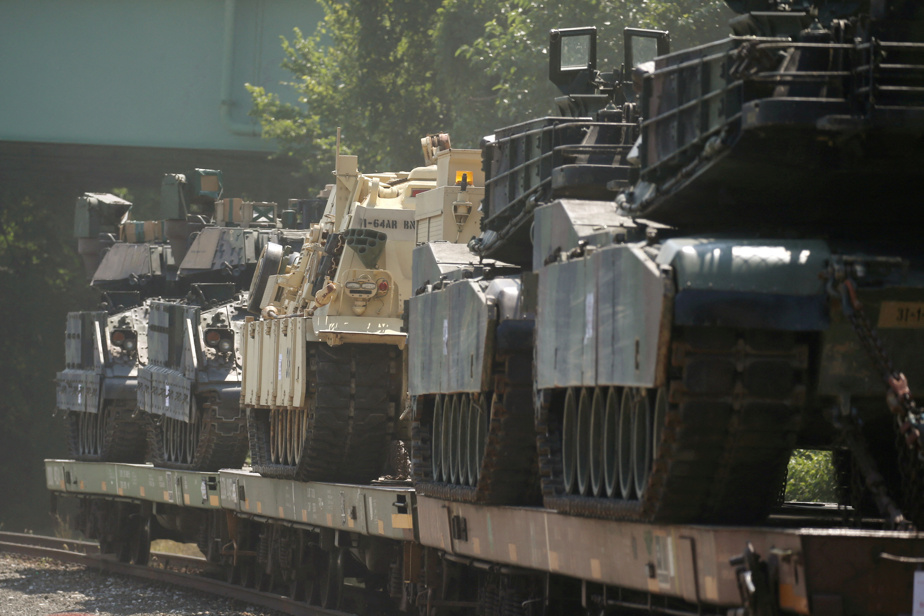 The United States is close to approving the shipment of M1 Abrams tanks to Ukraine, US officials said on Tuesday, as international reluctance to send tanks to the frontline against the Russians begins to grow. fade away.

The decision could be announced as early as Wednesday, but delivering the tanks could take months or years. The number of Abrams tanks could be between 30 and 50, according to the daily New York Times.

US officials said details are still being worked out. One of them mentioned that the tanks would be purchased under the Ukraine Security Assistance Initiative, which provides longer-term funding for the purchase of weapons and equipment from commercial suppliers.

The U.S. announcement is expected to be coordinated with Germany’s announcement that it has approved Poland’s request to transfer German-made Leopard 2 tanks to Ukraine, an official said. Those officials spoke on condition of anonymity because the decision has not yet been made public.

By agreeing to send the Abrams at an as-yet-undetermined date as part of the assistance initiative, the administration is able to meet German Chancellor Olaf Scholz’s request for a U.S. commitment without having to send the tanks immediately.

Much of the aid sent to Ukraine so far in the 11-month war has been provided under a separate program using Pentagon stockpiles to get weapons to Ukraine faster. . But even under this program, it would take months to get the tanks to Ukraine and train Ukrainian forces in their use.

So far, the United States has resisted the idea of ​​supplying its own M1 Abrams tanks to Ukraine, citing the complex logistical and maintenance challenges of these high-tech vehicles.

With Alice Girard-Bossé, The Press