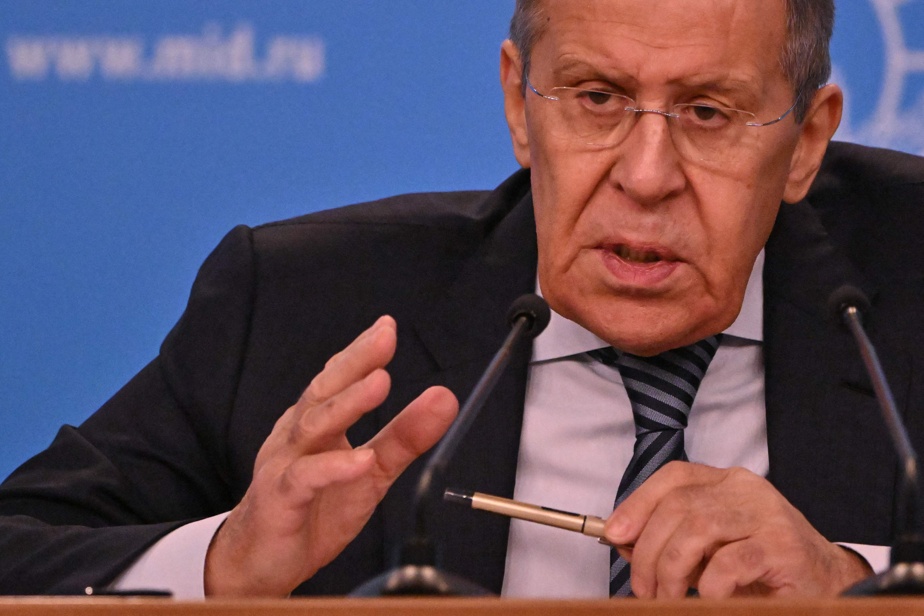 (Moscow) The head of Russian diplomacy Sergei Lavrov on Wednesday compared the actions of Western countries against his country to the “final solution” of the Nazi regime to exterminate the Jews, remarks reflecting theses now commonly evoked in Moscow.

“Just as Napoleon mobilized almost all of Europe against the Russian Empire, just as Hitler mobilized and conquered most European countries to throw them against the Soviet Union, today the United States has assembled a coalition” against Moscow, said Mr. Lavrov, during his press conference at the start of the year.

Their task is “the same: the ‘final solution’ to the Russian question. Just as Hitler wanted to resolve the Jewish question, now Western leaders […] unambiguously say that Russia must suffer a strategic defeat,” he added.

If Moscow regularly accuses Western countries of wanting to “destroy” Russia by arming Ukraine, the new statements by Mr. Lavrov are likely to provoke strong reactions.

The head of Russian diplomacy also reaffirmed on Wednesday that Moscow was ready to study any “serious proposal” for negotiations from the West to settle the conflict in Ukraine.

“We haven’t seen a serious proposal yet, but we will be ready to study them and make decisions,” he continued, while ruling out any dialogue with Ukrainian President Volodymyr Zelensky.

“We hear the mantra in Western capitals that ‘you can’t talk about Ukraine without Ukraine’ […] But it’s the West that decides anyway, ”he said.

Mr. Lavrov also demanded again the withdrawal of all “military infrastructure” located in Ukraine and in neighboring countries and threatening, according to him, “directly” Moscow, as well as the end of alleged “discrimination” against Russian speakers in Ukraine. .

As the conflict sparked a crisis between Moscow and Western countries, Lavrov praised the “trusting” relations between Russia and China, “based on the balance of interests”.