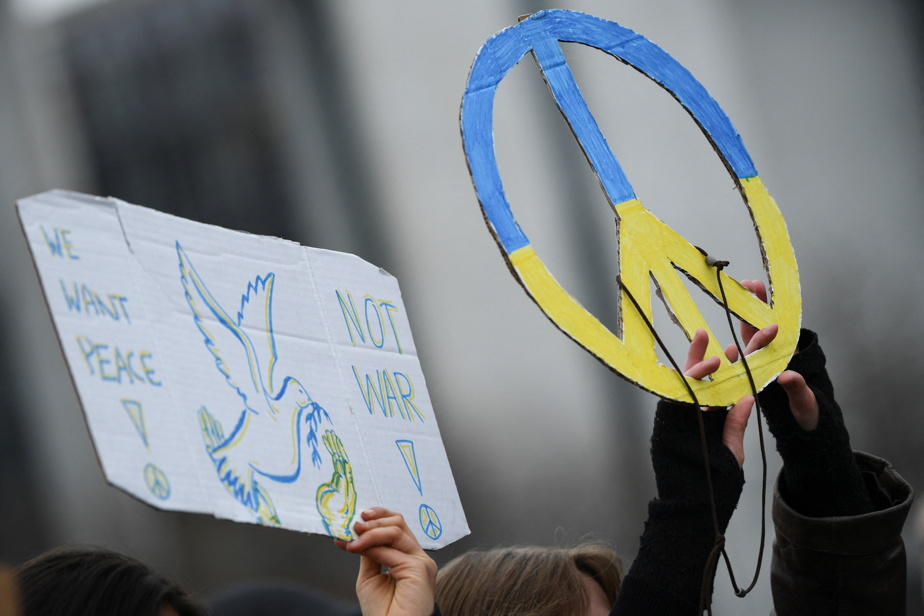 (United Nations) Initially envisaged on Tuesday, the putting to a vote in the UN Security Council of a Franco-Mexican draft resolution on humanitarian aid in Ukraine invaded by Russia ran into complications this week, paradoxically came from the United States and European allies of Paris.

According to diplomats, a poll is no longer imminent and may even take place next week.

The question of “humanitarian corridors”, raised Thursday by the Russian and Ukrainian negotiators, could modify the thinking of the Security Council (as to their establishment and their possible protection), even if it is likely that Russia will veto any UN involvement that might interfere with his plans. The United Nations is absent from the Russian-Ukrainian talks.

The Franco-Mexican project for the Security Council, aimed at “guaranteeing unimpeded humanitarian access”, was announced on Sunday by the French presidency. It was followed by an emergency meeting on Monday at the initiative of Emmanuel Macron.

This “rush”, as described by a diplomat requesting anonymity, was not to the liking of the United States, several sources told AFP. An American draft resolution condemning the Russian invasion, co-drafted with Albania, had come up against a Russian veto on February 25.

Washington, supported by London, found that the “timing” was not good and wanted to wait for the vote on a resolution – demanding the end of the Russian offensive – at the UN General Assembly. On Wednesday, it resulted in 141 votes for and 5 against.

More seriously, strong criticism has been leveled by members of the Security Council with regard to a project deemed “weak” which does not, it seems, include any denunciation of Russia. After several revisions, the text was “hardened”, according to diplomats, refusing any detail.

Moderate or strong, the project risks in any case a new Russian veto.

For some members of the Council, a vote would make it possible to insist again on the isolation of Moscow on the international scene. He could possibly collect more than the 11 favorable votes out of 15, obtained on February 25, wants to believe a diplomat.

“However, we must not persist in chasing a favorable vote from India until the end of time,” he adds. For a week, New Delhi, under strong pressure from the United States, has chosen to abstain from each vote organized at the UN.

Originally, France had indicated that it hoped for a vote on Tuesday and that the text calls for a cessation of hostilities, unhindered humanitarian delivery and protection of civilians.

For the past week, the humanitarian crisis has worsened considerably with, according to the UN, the forecast of having in the coming weeks more than 10 million people having left their homes in Ukraine, including 4 million refugees who will cross borders, in addition to the million already out of the country.

If “humanitarian corridors” are set up to allow civilians to leave combat zones, this estimate could be revised upwards still further.

“We are actively working with other members of the Council to ensure that we can all support a strong resolution that demands action to address the significant humanitarian crisis triggered by Russia’s unprovoked and unjustified aggression in Ukraine.” , said a spokeswoman for the American mission to the UN, interviewed by AFP.

No explanation could be immediately obtained from the diplomatic missions of France and Mexico.

“We have learned to be patient with the deliberations of the Security Council,” commented UN spokesman Stéphane Dujarric on Thursday in response to a question about the urgency of a decision by this body on the humanitarian aspect of the conflict.