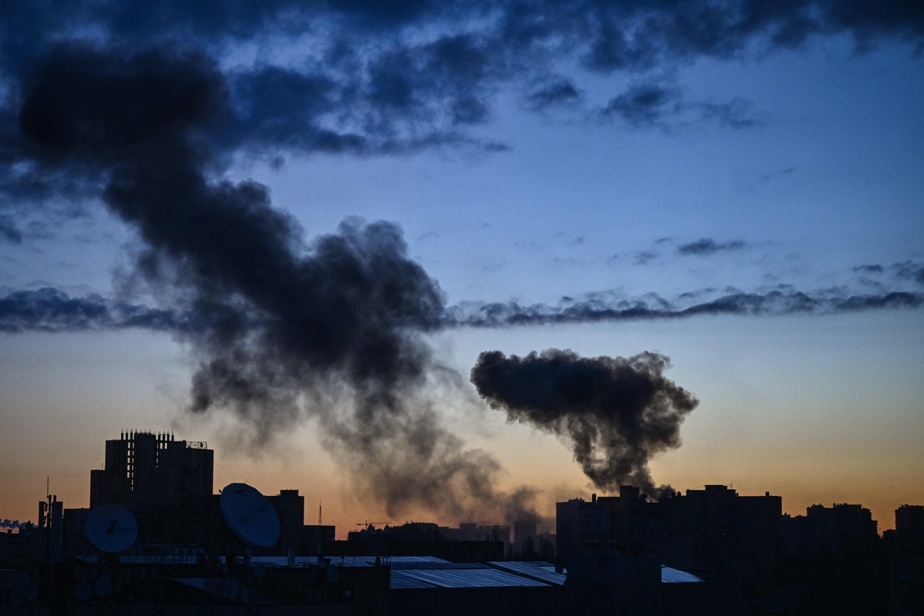 US President Joe Biden on Wednesday called Russian President Vladimir Putin, who launched the invasion of Ukraine, a “war criminal”.

The American president has confirmed the sending of 800 million dollars of additional military aid to Ukraine, an “unprecedented” envelope of one billion dollars in one week. “We are helping Ukraine to acquire additional and longer-range air defense systems,” he said.

A little earlier, Ukrainian President Volodymyr Zelensky had directly challenged Joe Biden to demand more aid and the establishment of a no-fly zone over his country.

But the US president believes that such a decision – which could involve NATO forces shooting down Russian planes – would be too much of an escalation.

Russian journalist Marina Ovsiannikova, who became an anti-war muse after appearing on a pro-Kremlin newscast to denounce the offensive in Ukraine, refused French President Emmanuel Macron’s offer of asylum because she “does not want to leave ” his country.

Ten people queuing to buy bread were killed on Wednesday morning by Russian fire in Cherniguiv, northern Ukraine, the Ukrainian prosecutor’s office said. Also in Cherniguiv, five bodies including those of three children were found Wednesday in the rubble of a residential building hit by a strike, according to rescuers.

In Kharkiv (north-east), three other people lost their lives in a market in a fire caused by a bombardment, according to the emergency services.

Russian strikes against civilians fleeing Mariupol, a besieged city in southeastern Ukraine, also left “dead” and injured, including a seriously injured child, the Ukrainian army announced. And a theater housing “hundreds of civilians” was destroyed there in the explosion of a bomb dropped by a Russian plane, according to the town hall.

The city of Zaporozhye, largely spared by the Russian offensive and refuge for people fleeing Mariupol, was targeted by strikes, including one of its stations, according to local authorities.

NATO will not send troops

NATO will not deploy troops or air assets in Ukraine but is preparing a substantial reinforcement of its military presence in the allied countries on its eastern flank, its secretary general announced on Wednesday.

Russian President Vladimir Putin assured that his military operation in Ukraine was a “success”, saying that Moscow would not let this country become a “beachhead” for “aggressive actions” against Russia.

Russian-Ukrainian talks continued on Wednesday with the Russian proposal for a neutral status for Ukraine on the Swedish or Austrian model.

The Ukrainian chief negotiator refused “a Swedish or Austrian model” and called for “absolute security guarantees” against Russia, whose signatories would undertake to intervene on their side in the event of aggression.

PSG suspends its partnership with the Russian company Fonbet

Paris SG has suspended until the end of the season its partnership with the Russian sports betting company Fonbet, following the invasion of Ukraine, the club said on Wednesday, which maintains its activities in Moscow. children.

Boris Johnson in the Gulf to talk about oil and Ukraine

Accused of being instruments of “disinformation” by Moscow in its war against Ukraine, the Russian state media RT and Sputnik have been banned from the European Union, and the ban on broadcasting on television and on the internet came into effect on March 2.