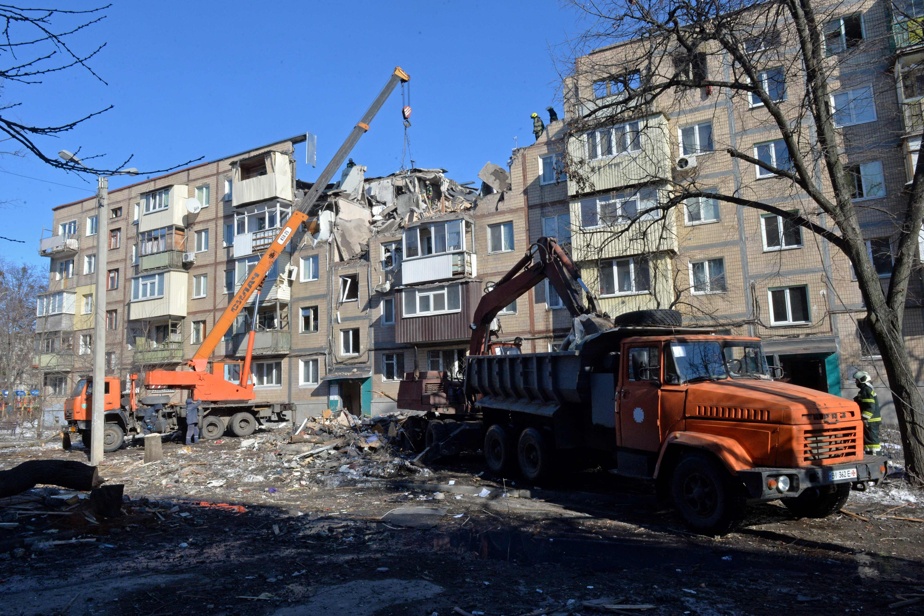 Ukrainian authorities said Russia on Wednesday destroyed a theater in which more than a thousand people had taken refuge in the besieged city of Mariupol, the human toll remaining at this stage undetermined.

“The entrance to the shelter is blocked with debris. The information on the victims is being verified, ”said the town hall.

The Russian Defense Ministry denied the bombing, saying the building had been destroyed by the Ukrainian Nationalist Azov Battalion, as it had done last week after a maternity hospital was bombed.

Another strike in Kyiv

Debris from a missile shot down over Kyiv on Thursday killed at least one person and injured three, emergency services said, as the Russian military did not release pressure around the Ukrainian capital.

Russian troops are still trying to surround the city and have stepped up strikes against residential areas since the beginning of the week, killing at least six people.

Faced with the deteriorating humanitarian situation, the United Kingdom, the United States, Albania, France, Norway and Ireland have called for an emergency meeting of the UN Security Council Thursday afternoon.

Ukrainian President Volodymyr Zelensky received a standing ovation from the German Bundestag on Thursday morning ahead of a video intervention in which he urged Germany to tear down the new ‘wall’ erected in Europe against freedom since Russia’s invasion of Israel. Ukraine.

The day after a video speech before the American Congress, the Ukrainian leader was to renew his call for additional German military aid.

The war in Ukraine will halve German growth in 2022, the IfW institute also predicted on Thursday.

Russia assured Thursday that it had paid a first bond repayment installment, immediately removing the possibility of a default, while its assets abroad are frozen by Western sanctions.

“The payment order on the repayment of bond interest […] worth a total of $117.2 million […] has been carried out,” the Russian Finance Ministry said.

A sunken ship in the Black Sea

A Panamanian-flagged merchant ship was sunk by Russian missile fire in the Black Sea, and two others were damaged, Panama Maritime Authority administrator Noriel Arauz said on Wednesday.

“The Russian Navy” prohibits 200 to 300 ships from different nations from “leaving the Black Sea”, he denounced.

US President Joe Biden on Wednesday called Russian President Vladimir Putin, who launched the invasion of Ukraine, a “war criminal”.

The American president has confirmed the sending of 800 million dollars of additional military aid to Ukraine, an “unprecedented” envelope of one billion dollars in one week. “We are helping Ukraine to acquire additional and longer-range air defense systems,” he said.

A little earlier, Ukrainian President Volodymyr Zelensky had directly challenged Joe Biden to demand more aid and the establishment of a no-fly zone over his country.