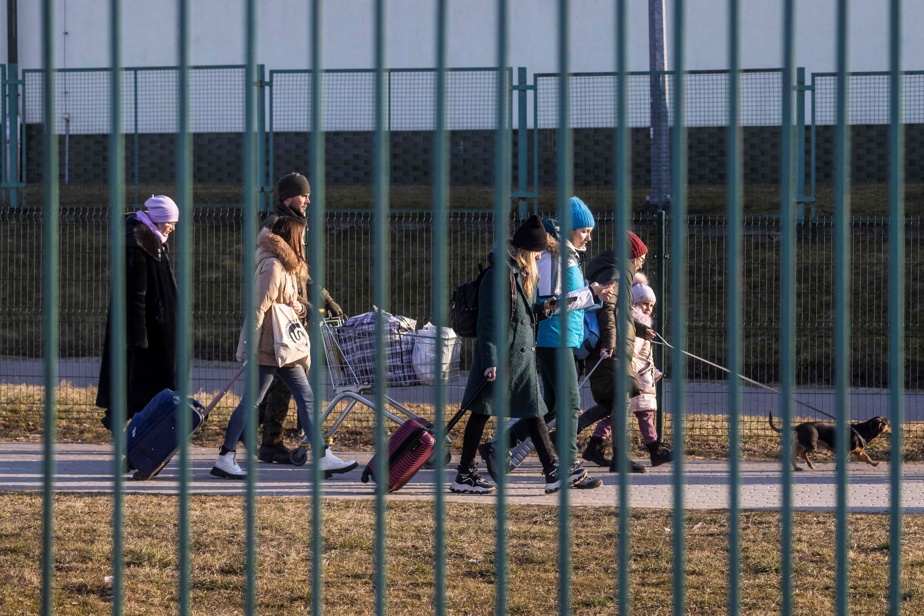 “The war in Ukraine is so devastating that 10 million people have fled, either internally displaced or refugees abroad,” he said on Twitter.

New use of hypersonic missiles

Russia claimed on Sunday, for the second day in a row, that it used hypersonic missiles in Ukraine, this time to destroy a Ukrainian army fuel reserve in the south of the country.

“A large reserve of fuel was destroyed by ‘Kalibr’ cruise missiles fired from the Caspian Sea, as well as hypersonic ballistic missiles fired by the ‘Kinjal’ aeronautical system from the airspace of Crimea,” said the Department of Defense in a statement.

Ukrainian President Volodymyr Zelensky, who has highlighted his Jewish heritage in his quest for support against Russia’s invasion of his country, is due to address the Knesset, the parliament of Israel, on Sunday by videoconference, a country that is trying mediation between Moscow and Kyiv.

His speech in the Knesset, scheduled for 6 p.m. (12 p.m. EDT) according to a parliament spokesman, is eagerly awaited by politicians and the population in a country with more than one million citizens from the former USSR.

An art school bombed in Mariupol

The Russian military bombed an art school serving as a refuge for several hundred people in Mariupol, southeastern Ukraine, local authorities charged on Sunday, adding that civilians were trapped under the rubble.

“Yesterday (Saturday), the Russian occupiers dropped bombs on the G12 art school located on the left bank of Mariupol, where 400 Mariupol residents – women, children and the elderly – had taken refuge” , said the municipality of this port city besieged by forces from Moscow.

The Azovstal steel and metallurgical plant in Mariupol, one of the largest in Europe, was heavily damaged by shelling, Ukrainian officials said on Sunday.

“One of the biggest metallurgical factories in Europe is destroyed. The economic losses for Ukraine are immense,” said MP Lesia Vasylenko, who posted a video on her Twitter account showing thick columns of smoke rising from an industrial complex.

Another MP, Serhiy Taruta, wrote on his Facebook page that the Russian forces, besieging Mariupol, “virtually destroyed the factory”.

“As time goes on and the number of Russian atrocities increases, I think it becomes more and more difficult and politically inconvenient for people, actively or passively, to tolerate Putin’s invasion,” said Boris Johnson in an interview published by the Sunday Times on Sunday.

“I think in Beijing there are starting to be doubts,” he added.

Australia on Sunday passed new sanctions against Russia by banning exports of alumina and bauxite, two building blocks for aluminum production, and vowed to provide more arms and humanitarian aid to Kyiv .

The ban on such exports is intended to hurt aluminum production in Russia, which depends on Australia for 20% of its alumina.