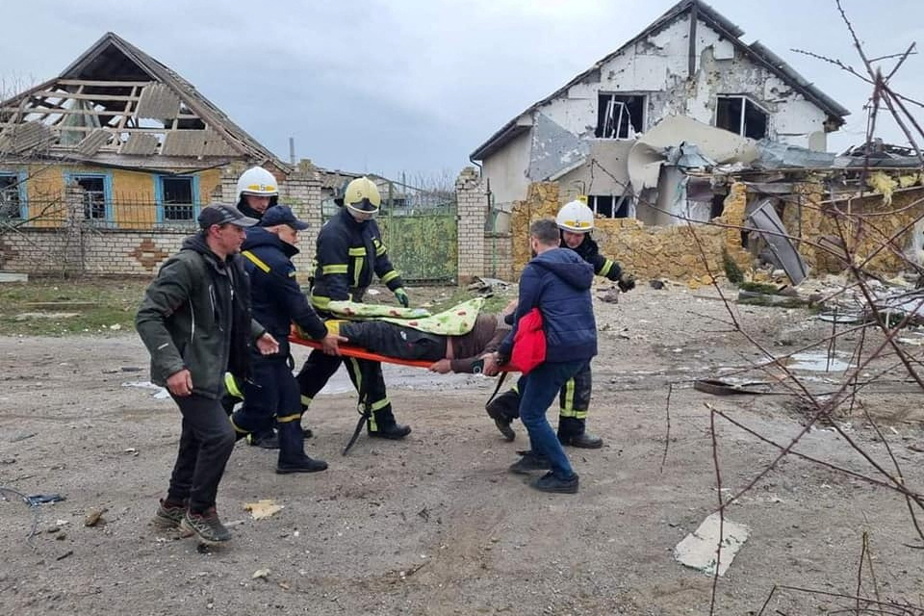 Russian oil: the USA will announce an embargo (media)

President Joe Biden will announce an embargo on imports of Russian oil into the United States on Tuesday, several American media reported on Tuesday.

Beginning of evacuation in Sumy

The city of Sumy, the scene of heavy fighting, began Tuesday morning to evacuate its inhabitants towards Lokhvytsia, 150 km to the southwest, via a humanitarian corridor.

Moscow announced the establishment of a ceasefire on Tuesday to allow the evacuation of civilians from Sumy, as well as the cities of Kyiv, Kharkiv, Cherniguiv and Mariupol, threatened by the advance of Russian troops.

“Attack” on a humanitarian corridor in Mariupol

The Ukrainian government on Tuesday accused the Russian army of not respecting the humanitarian corridor established in Mariupol, supposed to allow the evacuation of some 300,000 civilians stranded in this strategic port in south-eastern Ukraine.

“The enemy launched an attack exactly in the direction of the humanitarian corridor,” denounced the Ministry of Defense on its Facebook page.

The number of refugees who have fled Ukraine since the invasion by the Russian army on February 24 exceeded two million on Tuesday, according to the website of the High Commissioner for Refugees which makes the count.

Since the start of the war, at least 406 civilians have been killed and 801 injured, the UN High Commissioner for Human Rights said on Monday. The UN agency stresses, however, that its balance sheets are probably much lower than the reality.

“We must together support the peace talks between Russia and Ukraine,” he told his interlocutors.

Zelensky denounces the “promises” not kept by Westerners

The Ukrainian president on Tuesday denounced the “promises” not kept by the West to protect Ukraine from Russian attacks.

“We have been hearing promises for thirteen days. Thirteen days that we are told that we will be helped in the sky, that there will be planes, that they will be delivered to us, ”said Volodymyr Zelensky in a video posted on Telegram.

Investigations opened by the German and Spanish courts

The German public prosecutor’s office on Tuesday launched an investigation into possible war crimes committed by Russian forces in Ukraine.

Shortly after, the Spanish courts announced in turn the opening of an investigation into “serious violations of international humanitarian law” resulting from Russia’s “unjustified act of war” in Ukraine, the prosecution announced in a communicated.

A second nuclear center pounded, according to the IAEA

The Russian army has occupied the Zaporozhye nuclear power plant in southeastern Ukraine since Friday, where artillery strikes, according to the Ukrainians, caused a fire – which Moscow denies being the cause.

The London metals market on Tuesday suspended the quotation of nickel, whose price, which had already broken its record on Monday due to fears over Russian supplies, climbed briefly Tuesday morning above 100,000 dollars per ton.