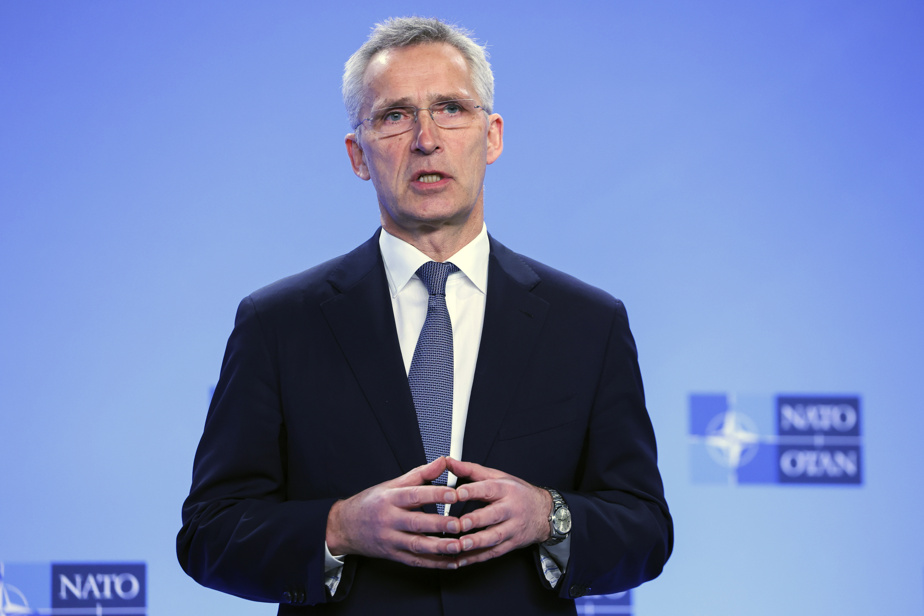 (Brussels) Russian President Vladimir Putin has not given up on his goal of “controlling the whole of Ukraine” and the war risks lasting “months or even years”, the Secretary General of the Russian Federation warned on Wednesday. NATO.

“We have to be realistic. War can last a long time, several months or even years. And that is why we must also be prepared for a long journey, both in terms of supporting Ukraine, maintaining sanctions and strengthening our defenses,” said Jens Stoltenberg before the start of a meeting of Alliance foreign ministers.

A meeting of the G7 is scheduled at the headquarters of the Alliance on the sidelines of the NATO meeting with the presence of the head of Japanese diplomacy Yoshimasa Hayashi. The strengthening of the sanctions imposed on Russia will be the main topic of the meeting.

“Ukraine urgently needs military support and that is why it is so important that NATO Allies agree to continue supporting Ukraine with many different types of military equipment, both heavier equipment and light weapons systems. And we have seen that this support has a real effect on a daily basis,” he insisted.

“We will do three things if Russia continues its aggression against Ukraine: continue to support the Ukrainians, continue to exert extraordinary pressure on Russia and strengthen the defense of the Alliance,” confirmed the US Secretary of State. Antony Blinken speaking to the press with Jens Stoltenberg.

The United States released an additional hundred million dollars to finance arms purchases for Ukraine. “For every Russian tank sent to Ukraine, we provide ten anti-tank weapons to Ukraine,” Blinken said in an interview with the American channel MSNBC in Brussels.

“This war must end now and President Putin can end it by withdrawing his troops,” insisted Jens Stoltenberg.

Turkey hosts negotiations between Russians and Ukrainians. “We brought the two foreign ministers together in Antalya, they made significant progress. Unfortunately, the images we have seen in Boutcha and other regions detract from the relatively positive atmosphere, but we remain hopeful and cautiously optimistic,” said Turkish Foreign Minister Mevlüt Cavusoglu upon his arrival at the Alliance headquarters.

“We are awaiting further meetings between the two negotiating teams and then, perhaps, between the foreign ministers, to initial a possible agreement,” he announced.

“Whatever the date of the end of the war, it will have long-term implications for our security. Because we have seen the brutality. We have seen President Putin’s willingness to use military force to achieve his goals. And that changed the reality of security in Europe for many, many years,” warned Jens Stoltenberg.

“We have asked military commanders to provide options to political leaders so they can make decisions to reset the defense and deterrence capability of the Alliance,” he said.

These options will be discussed at the NATO summit on June 29-30 in Madrid.