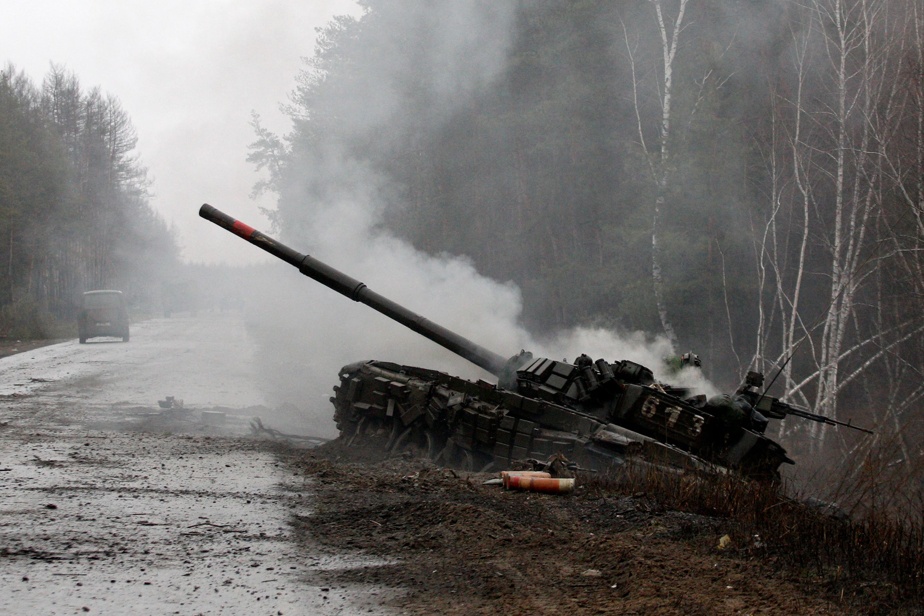 Behind the contradictory figures taking stock of the loss of life among Russian soldiers since the start of the offensive against Ukraine, another war is looming, this time psychological. It targets a Russian public traumatized by past conflicts and historic disregard for the lives of soldiers fighting for Moscow.

For several days the Kremlin did not say a word about Russian soldiers killed or injured in Ukraine. It was as if the question did not arise.

Then, on the fourth day of the offensive, the Russian authorities paid lip service to the presence of victims among the soldiers.

And it was only on Wednesday, seven days after the invasion of Ukraine, that the Russian Defense Ministry put numbers on this reality. Its record: 498 soldiers killed and 1,597 wounded on Ukrainian soil.

This is far, very far from the estimates published every day by the Ukrainian authorities. According to the latest, Thursday, 9000 Russian soldiers would have died in eight days. An average of over a thousand soldiers killed every day.

Who is telling the truth? Impossible to say with certainty. The truth probably lies somewhere between these two extremes.

That said, the very fact that the Kremlin has put the number of dead at hundreds, while the Russian population lives in an “information bubble” where the offensive launched on February 24 is presented as a “limited operation against neo-Nazis”, indicates that the number of soldiers who died in combat is probably much higher than is said in Moscow, underlines Anna Colin Lebedev, a French political scientist specializing in conflicts in post-Soviet societies, attached to the University of Paris Nanterre.

I would not be surprised if the figure of 6000 is close to reality.

This was announced by Ukrainian President Volodymyr Zelensky on Wednesday, before raising the death toll to 9,000 the next day. A senior Western intelligence officer quoted anonymously by the Globe and Mail also considered that this assessment was realistic and established it at 5,800 dead, as of Tuesday.

The difference between the two balance sheets is not surprising. The Russian army has often underestimated the number of fallen soldiers in past conflicts, both in Afghanistan, from 1979 to 1989, and in Chechnya in the 1990s.

The bodies of Russian soldiers were then often left on the battlefields or buried in mass graves without being identified, which left their relatives in the dark, explains Anna Colin Lebedev.

“The low concern for the individual life of Russian soldiers has been a constant since Soviet times”, sums up the author of the Political heart of mothersan essay on the history of the Committee of Russian Soldiers’ Mothers who had spoken out against the mistreatment of their sons.

Chechen fighters at the time called on the mothers of Russian soldiers to come and collect their sons, dead or alive, in Chechnya.

Coming to Grozny in the mid-1990s, “these women said they saw the ground strewn with decomposed bodies that no one had bothered to pick up,” says Anne Colin Lebedev.

Their outrage had led to what the researcher describes as an “uprising” in Russian public opinion. The soldiers’ mothers had demanded that the human remains be collected and identified.

For several years, “laboratory 124” tried to restore identity and dignity to these Russian soldiers who had been launched in an offensive against the Chechen separatists.

This “humanization” of the Russian army did not last, deplores the researcher.

“At one point, we closed the fridge and buried everyone together. »

With the Donbass war that began in 2014 in eastern Ukraine, missing Russian soldiers were again buried in unmarked graves or presented as mere vacationers or even deserters.

No wonder the fate of those who were launched to conquer Ukraine on February 24 is an extremely sensitive subject.

From the first days of the Russian invasion, the Ukrainian government invited relatives of soldiers engaged in Ukraine to try to trace them via its own site, 200rf.com.

The name of the site refers to the code given to the bodies of Russian soldiers who were repatriated to Moscow during past conflicts. The symbol is heavy.

Kyiv has also appealed to the mothers of Russian soldiers, telling them to pick up their sons in Ukraine – echoing the call of the Chechens more than a quarter of a century ago.

The Ukrainian authorities want to create a link not only with the war in Chechnya, but also with that in Afghanistan, notes Maria Popova, a specialist in Eastern Europe at McGill University.

“It’s not just a question of numbers. Many believe that the war in Afghanistan hastened the end of the Soviet regime,” says Maria Popova.

In other words, Kyiv is also engaged in psychological warfare. He hopes to weaken Vladimir Putin’s regime.

Moreover, the 200rf.com site is not only a search tool for families who have lost contact with their relatives in Ukraine.

There are also videos of Russian prisoners of war being interrogated by their Ukrainian jailers. They must state their name, place of residence, date of birth.

One of them is asked what message he would like to send to his parents.

“I didn’t want to come here,” he says, staring at the camera.

Anna Colin Lebedev notes that these captured soldiers often come from isolated villages, which many say they did not know where they would be deployed and that they would arrive in hostile terrain.

They lived in poverty, and the army, for them, represented a possibility of social ascent.

Even if the 200rf.com site has already been blocked in Russia, videos of soldiers are circulating massively on social networks such as TikTok and Telegram, which are still active, at least for now.

This Ukrainian initiative has two objectives, according to Anna Colin Lebedev. “We want to energize the Ukrainian fighters by showing them that there are a lot of losses in the Russian army and that the soldiers are miserable. »

But the initiative also targets Russian public opinion. “We want to encourage protest. »