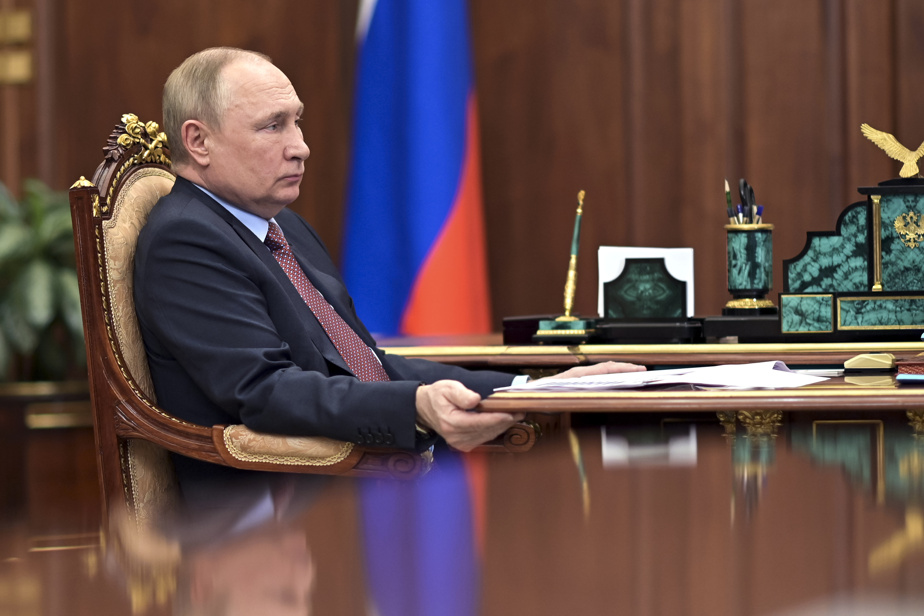 (Washington) The United States announced on Wednesday a new round of economic and financial sanctions against Russia, which they describe in a press release as “devastating” and which target in particular the big banks and the daughters of Vladimir Putin.

US Justice Minister Merrick Garland announced, almost simultaneously, the first-ever indictment of a Russian oligarch for violating sanctions imposed since the invasion of Ukraine.

“I have made it clear that Russia will pay a heavy and immediate price for its atrocities in Boutcha,” President Joe Biden tweeted.

“Even an autocrat like Putin made a social contract with the Russian people. He took their freedom in exchange for stability. And that’s not what he’s giving them right now,” he claimed.

According to Washington, Russia could see its economy collapse by some 15% this year.

In addition to banning all new investments in Russia, a measure known since Tuesday, the American executive will impose the most severe constraints on the essential public bank Sberbank and the largest private bank in the country, Alfa Bank .

These institutions, already targeted by less severe sanctions, will undergo a freezing of all their assets “in contact with the American financial system”, and will be prohibited from any transaction with American actors, according to the White House.

The United States will also sanction “large strategic public companies”, but did not immediately reveal a list.

The US executive, however, indicated that these measures intended to make Russia a “pariah” state of the globalized economy would leave exceptions for the energy sector – the main source of income of the Vladimir regime. Putin.

The White House repeats on every occasion that any announcement of sanctions is closely coordinated with American allies, in particular with the Europeans, who are very dependent on Russian gas.

The United Kingdom also tightened its sanctions against Moscow on Wednesday, attacking Sberbank like the United States, and announcing the end of Russian coal imports.

The United States had also decided at the beginning of the week to prohibit Russia from repaying its debt in dollars, increasing the risk of a default.

Washington will also sanction the two daughters of the Russian president: their assets in the United States will be frozen and their links with the American financial system severed.

These daughters of Vladimir Putin are known in Russian media as Maria Vorontsova and Katerina Tikhonova.

“We believe that many of Putin’s assets are hidden through members of his family, and that is why we are targeting them,” said the senior American official quoted above.

The same treatment will be applied to the wife and daughter of Foreign Minister Sergei Lavrov, as well as to the members of the Russian Security Council, including former President and Prime Minister Dmitry Medvedev.

As the new sanctions fell, the United States announced the indictment of billionaire Konstantin Malofeev.

The oligarch, considered one of the main sources of funding for pro-Russian separatists in eastern Ukraine, is accused of having “attempted to evade sanctions by using accomplices to acquire and secretly run media through Europe “.