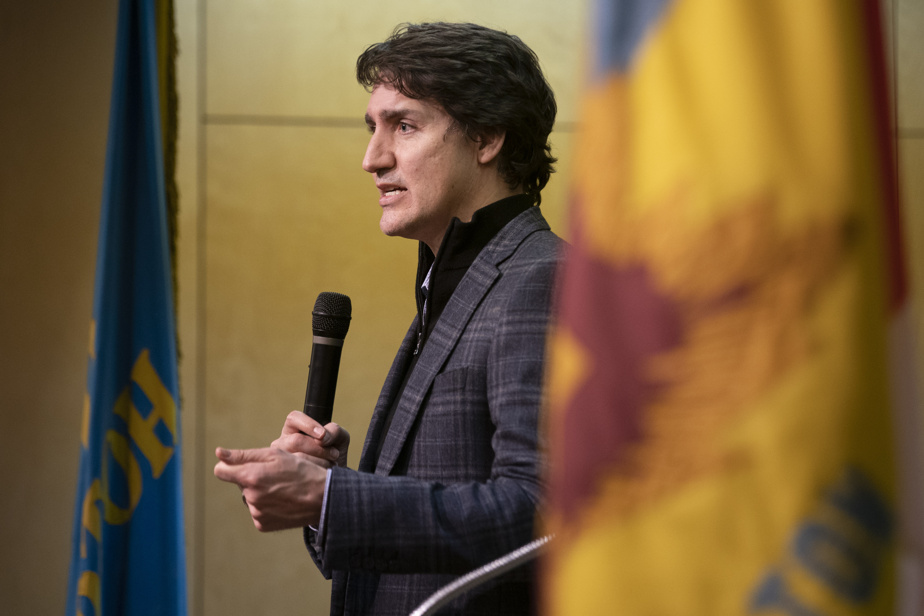 The Prime Minister of Canada is following in the footsteps of US President Joe Biden by using – for the very first time – the term “genocide” to describe the Russian invasion of Ukraine.

What there is to know

After dodging a question about the use of that word on Monday, Justin Trudeau said it.

“Of course we can talk more and more about genocide,” he said at a press conference in Laval on Wednesday, when asked if he agreed with his counterpart. south of the border on this.

Because “we have seen atrocities that the Russians, that the Russian army, that [Vladimir] Putin is committing in Ukraine. We have seen this desire to attack civilians, to use sexual violence as a weapon of war. This is completely unacceptable,” continued the Prime Minister.

He took the opportunity to point out that Canada was one of the countries that helped trigger a process at the International Criminal Court (ICC) to “ensure that Putin is held accountable for his actions, his war crimes”.

RCMP investigators were sent to Ukraine to “find the whole truth about what is happening there”, also recalled Justin Trudeau, specifying that it would be up to “important international bodies” to “do official determination” of the existence of genocide.

The New Democratic Party (NDP) has the same reading of the situation in Ukraine.

“There are definitely acts and evidence of genocide, crimes against humanity and war, and that is why it is important that we document all the evidence we have in order to maximize the chances that Putin and his army are held accountable,” Deputy Chief Alexandre Boulerice said.

Justin Trudeau’s remarks did not move the side of the Russian Embassy in Canada too much.

“It can hardly be taken seriously,” we simply replied in an email on Wednesday.

“Yes, I called it a genocide”

The day before, the tenant of the White House had said that “your family’s budget, your ability to fill up your gas, none of this should depend on the fact that a dictator declares war and commits genocide at the other end of the world “.

Later, on board Air Force One, he drove the point home: “Yes, I called it genocide”, noting that “lawyers, at the international level”, will decide on the qualification of genocide, but that in his opinion “it looks like it”.

Ukrainian President Volodymyr Zelensky has signaled that exchanges with Joe Biden are continuing. The two men spoke of “Russian war crimes” and discussed “the sending of additional defensive equipment and possible macro-financial aid”, wrote the leader on Twitter on Wednesday.

In Ottawa last Friday, federal MPs and Ukrainian, Jewish and Armenian groups suggested that a parliamentary committee investigate the discovery of dead bodies in Boutcha, northwest of Kyiv.

Liberal MP Ali Ehsassi said the discovery of mass graves in Ukraine should be studied in the Canadian Parliament to establish whether Russia committed genocide.

He called for the All-Party Parliamentary Group on Genocide Prevention, which was inactive during the COVID-19 pandemic, to be reinstated with funding to help it conduct an investigation.

What the UN says

The United Nations defines genocide as the commission of “murder of members of the group”, “serious bodily or mental harm to members of the group”, “deliberately inflicting on the group its physical destruction in whole or in part”, “measures intended to prevent births within the group” and “forcible transfer of children from the group to another group” – one or more of these acts – with the intention “to destroy, in whole or in part, a national, ethnical, racial or religious group, as such”.

With Agence France-Presse and The Canadian Press