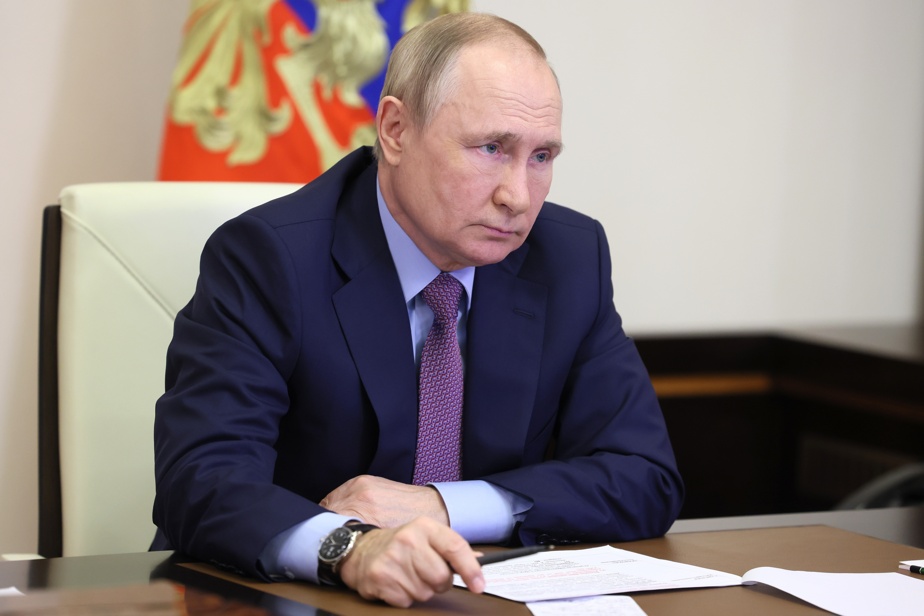 (Paris) Humiliated by the withdrawal from Kherson, isolated after nine months of war, Russia could be tempted by escalation to try to reverse the balance of power, at the risk of slippages as recalled by the fall of a missile in Poland, while Western calls for a negotiated outcome seem barely audible.

The Russian retreat from Kherson in the south of the country is Ukraine’s third major success since the start of the conflict after the Russians’ failure to seize Kyiv at the start of the invasion and the reconquest of the region from Kharkov.

This new victory allows the Ukrainians to keep the psychological advantage and sounds like an affront to Russian President Vladimir Putin. And Crimea, annexed by Moscow in 2014, again becomes exposed to the Ukrainian counter-offensive.

Deaf to calls to end hostilities, Russia on Tuesday launched retaliatory strikes of an unprecedented scale – around 100 missiles – against Ukrainian energy networks across the country. Kyiv reacted by deploying significant anti-aircraft defenses to try to neutralize these attacks.

But the fall of the missile in Poland, which Warsaw deemed on Wednesday “highly probable” that it was a Ukrainian anti-aircraft projectile, also reminded the whole world of the risk of a potentially uncontrolled escalation and therefore, ultimately, nuclear power between Russia and NATO.

Tuesday’s Russian strikes are the largest launched since those of October 10 after the humiliating destruction of the Russian bridge in Kerch, recalls French researcher Pierre Grasser, of the Sirice laboratory.

“This underlines that Russia is not able to maintain constant pressure, through regular strikes, but can replenish stocks to conduct symbolic strikes,” he said.

In this panorama, neither Moscow nor Kyiv seem willing to start discussions, which raises fears of a prolongation of the conflict this winter and beyond.

“Changing the balance of power”

“Traditionally, the Russian authorities never negotiate from a position of weakness. The setbacks suffered in Ukraine are too recent for Moscow to agree to lose face on the international scene and vis-à-vis its public opinion,” emphasizes Cyrille Bret, associate researcher at the Jacques Delors Institute.

“They are thinking about how to change the balance of power, via military initiatives, but also diplomatic, economic, even clandestine”, according to him.

“The Russians are hoping that the Ukrainians are exhausted and do not have enough troops, equipment and ammunition necessary for an attritional war. Their other option is to act brutally and in an escalatory way in the hope of dividing the West and pushing them to put pressure on Zelensky,” analyzes William Alberque, an expert at the International Institute for Strategic Studies (IISS) in London. .

The Ukrainian army, with the wind in its sails, is burning to reconquer new swaths of territory, with Western military and financial support. And Kyiv demands as a prerequisite for peace negotiations that the Russian troops who entered the country on February 24 leave its territory.

“Rest assured that we will fight to the end of our strength. Our goal is the complete liberation of Ukrainian territory. Our soldiers will not accept negotiations, agreements or compromises,” Ukrainian Chief of Staff General Valerii Zaluzhnyi said on Twitter on Monday.

“The Ukrainians will clearly continue to try to change the geometry of the battlefield. It is absolutely not in their interest to have fixed fronts, they want to make gains during the winter to approach the spring from a position of strength”, comments William Alberque.

Faced with the risks of escalation and a stalemate, voices are still being raised in the West to suggest negotiations between Moscow and Kyiv.

“As 2023 approaches, we expect the situation on the ground to remain largely static, with neither side losing or winning,” a Western government source says, as heavy fighting continues. Ukrainian and Russian forces in Donbass, eastern Ukraine.

In the United States, the main provider of military aid to Kyiv since the start of the conflict, senior officials are beginning to encourage Ukraine to consider talks, according to the American daily newspapers Washington Post and Wall Street Journal.

“Military victory is probably not, in the proper sense of the term, achievable by military means”, declared a few days ago the American Chief of Staff, General Mark Milley, considering that there is “a window of opportunity for negotiation”.

French President Emmanuel Macron recalled that at some point, not yet defined, it will be necessary to “show responsibility and realism”.

“There are three circumstances in which it will make sense for the United States to push for a negotiation,” wrote researcher Emma Ashford of the Stimson Center at the end of October in Foreign Affairs: if the Ukrainians remain victorious and want to liberate Crimea, which would increase too much nuclear risk according to her; if the Russians get back on track; and if the two parties find themselves blocked.

In these three cases, “the military situation can make it possible to find a relative consensus around which an agreement could be built”, she analyzes.

“But today, the battlefield is dynamic, both sides believe they can win. An agreement will only be possible when the situation on the ground becomes clearer. Until then, robust Western support can help make the first scenario, that of a Ukrainian ascendancy, credible.