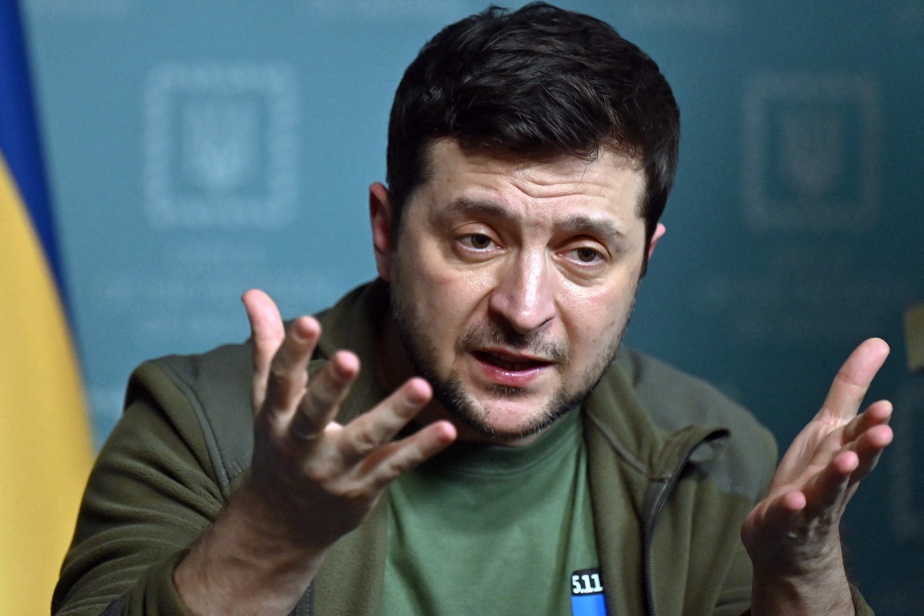 (Wellington) Ukrainian President Volodymyr Zelensky on Wednesday asked the international community to help his country get rid of mines and other unexploded devices, which he said infest an area equivalent to that of Cambodia or Uruguay.

“As of today, 174,000 square kilometers of Ukrainian territory are infested with mines or other unexploded devices,” Zelensky said in a video address to New Zealand’s parliament.

“There is no real peace for any child who might die from a hidden Russian anti-personnel mine,” he insisted, asking New Zealand, whose army is experienced in matter, to lead efforts to clear mines and mitigate the environmental consequences of the conflict.

According to Mr. Zelensky, the Black Sea and the Sea of ​​Azov are also infested with floating mines which have claimed the lives of “hundreds of thousands of living creatures, who have died as a result of the hostilities”. He accused Russia of perpetrating “ecocide” in his country.

New Zealand has sent around 100 of its troops to Europe to train Ukrainian soldiers, and on Wednesday announced an additional two million US dollars in humanitarian aid to help Ukraine weather the winter.