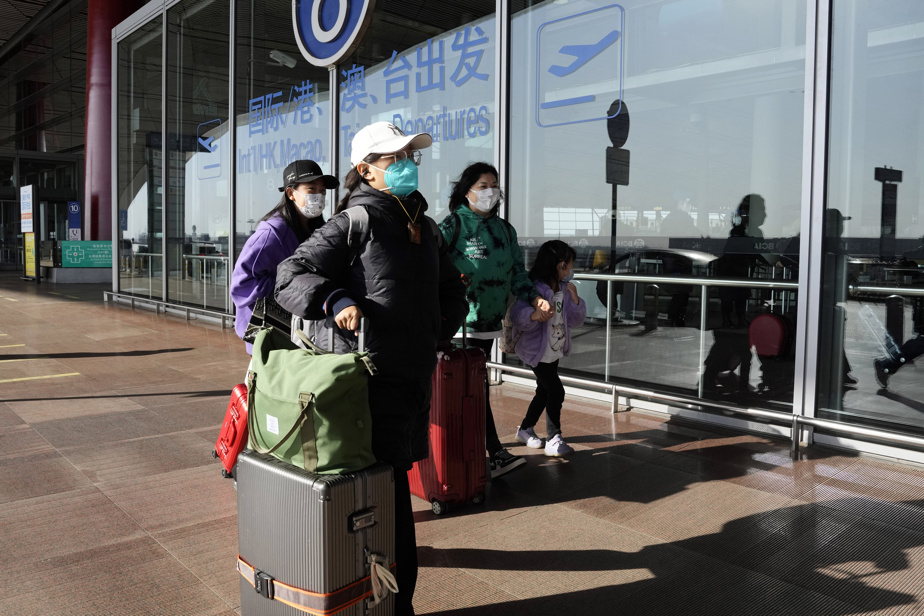 (Washington) The United States will require a negative COVID-19 test from January 5 for all travelers coming by plane from China, due to the explosion in the number of cases in this country and the “lack” of information from Beijing, US health authorities said on Wednesday.

Starting Jan. 5 at 12:01 a.m. EST, “all air travelers ages 2 and older coming from China will be required to take a test no more than two days before departure,” and regardless of nationality or vaccination status, the Centers for Disease Control and Prevention (CDC) said in a statement.

The measure also applies to passengers from Hong Kong and Macau, the statement said.

The United States is particularly concerned that the rapid transmission of the virus in China will cause the emergence of new variants. A US official criticized “the lack of adequate and transparent sequencing data” provided by China.

In addition, “testing and counting of new cases has decreased” in this country, he pointed out. “Based on this lack of available data, it is more difficult for US health officials to identify new variants that are circulating inside the United States.”

The tests will have to be presented to the airlines at the time of departure, he said. PCR or antigen tests will be accepted, along with proof of having recovered from COVID-19 after testing positive more than 10 days before the flight.

This decision follows similar announcements from several countries, including Japan, India and Italy, which have also imposed compulsory tests on Chinese arrivals.

China abruptly ended its zero-COVID-19 policy this month and has since seen an explosion in the number of cases among its 1.4 billion people. Hospitals and crematoriums are overwhelmed, and residents report shortages of fever medication.