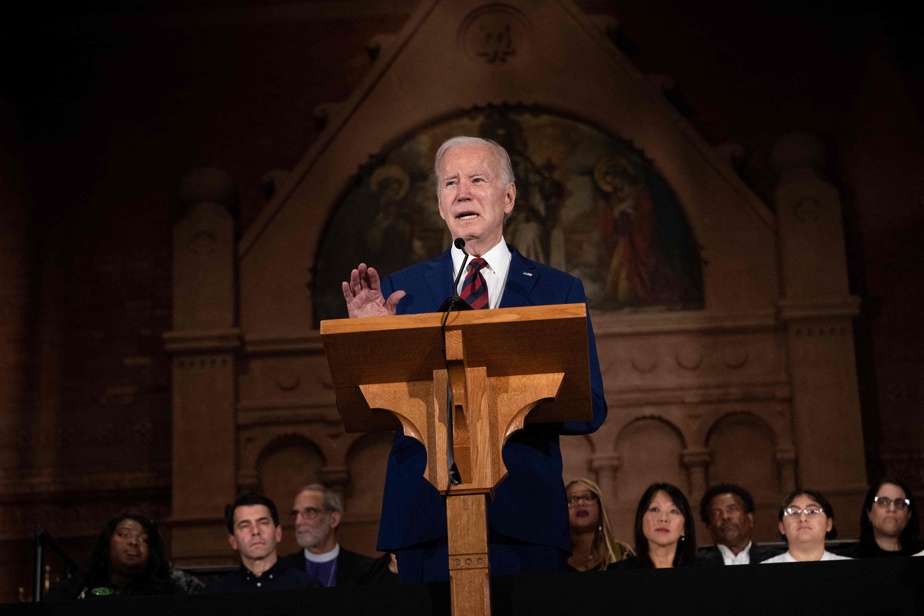 (Washington) “We can do it again”: Joe Biden promised again on Wednesday to ban assault rifles, in a serious speech, during a ceremony commemorating in particular the massacre, there is ten years, in the school of Sandy Hook.

Recalling that the United States had banned semi-automatic weapons between 1994 and 2004, the American president said: “It worked”, “a significant number of lives were saved. »

“We can do it again,” the 80-year-old Democrat said in a sad speech.

He was attending the tenth annual National Vigil for All Victims of Gun Violence at St Mark’s Episcopal Church in Washington.

Recalling that he too had experienced bereavement – the death of his first wife and their still baby daughter in December 1972, then the death of his eldest son Beau Biden in May 2015 – Joe Biden described, as he already done, the sensation of a “black hole opening up in your chest and sucking you in”.

After expressing his admiration for the relatives and friends of the victims, as well as the survivors who surrounded him, he invited the audience to observe a moment of silence.

American news is punctuated by attacks with firearms which spare no activity of daily life, ranging from schools to places of worship to supermarkets, but of which only the most deadly or the most heinous are still one.

According to the Gun Violence Archive, more than 600 mass shootings (at least four people killed or injured) have taken place in the United States since the beginning of the current year.

Joe Biden has passed regulatory measures at the margins by decree. But the majority of Republican lawmakers and the powerful gun lobby, the NRA, oppose any truly binding legislation, arguing it would be unconstitutional.

26 people, including 20 children between the ages of 6 and 7, were killed by a shooter armed with an assault rifle in 2012 at Sandy Hook Elementary School in Newtown (Connecticut, northeast).