At a time when Quebecers have never adopted so many pets, dog trainer Sébastien Larabée presents a summary of the most effective strategies for understanding and instilling good behavior in young pets. Welcoming a puppy thus details the methods to be applied for his socialization, the learning of the game or even cleanliness, but also the shortcomings to avoid. We discussed with the author the most frequent errors observed among adopters.

He’s all warm, brand new, doesn’t speak our language and lands in a totally unknown universe: no, the puppy won’t adapt in two steps, three yelps to his new environment and his rules. “Often people go into the project of raising a puppy with much too high expectations, thinking that the animal should quickly figure out where to defecate, where to sleep, etc. The work is going to be quite intense in the beginning, and they expect too much from their dog”, observes Sébastien Larabée, specifying that the first four months are those requiring the most investment, followed by six less intensive months. Including coaching and teaching, this can take up to five hours a day. “A dog sleeps a lot, we’re lucky, but the rest of the time, you have to supervise him like a child,” he says. Realistic goals (the book offers a solid roadmap) and a big swig of patience are therefore imperative.

Excluding Rantanplan, our culture bombards us with intelligent, hyperobedient dogs. And who doesn’t have friends with a model and docile pooch? “It seems to generate the idea that raising an animal is easy. People don’t prepare, and when they realize the amount of new knowledge and skills it requires, they get discouraged,” notes Sébastien Larabée. He compares this education to learning a new language, with simple little exercises to start with, where positive reinforcement and treats act as punctuation. He himself can distribute up to 100 treats per day to his dogs. “Hugs or praise, a few dogs like it, but for the majority, it’s not worth much. Imagine: if at the end of the week, your employer says: “Bravo”, and gives you a pat on the shoulder, but no check. You won’t work long. It’s the same for dogs. »

3. Perceive him as a miniature dog

Another mistake frequently seen by Mr. Larabée: considering a puppy as a miniature dog, when his neurological and physical development is incomplete. “He is a child who ignores everything, who does not know what you want if you ask him to sit down or who panics when he is forced to sleep alone. He is a young being who mainly needs not discipline, but security, ”insists the educator. In the passage of the book dealing with cleanliness, it is explained in particular that scolding and punishment are to be avoided. “We will certainly have had the desired effect: he will stop. But the effect will generally be very harmful because he has been scared, the bond of trust will weaken a lot. In addition, the punishment does not inform him of the right course of action. »

4. Seeing yourself as a pack leader

The archaic belief that the dog is placed in a hierarchical order and that you have to show him who is the boss is false, in addition to leading to abuse, denounces the educator. The latter recommends instead to show the puppy the multiple avenues of gains, sources of pleasure and possible happiness… and that we have control over them. “Being firm is useless, it’s a waste of time. »

As the English say: no bread, no gain. Childish principle, but the educator sees on occasion that, despite all the tools he can provide, some adopters balk at the effort and do not invest enough. In short, they don’t do their homework. And, soon enough, it is too late to raise the bar. “There are no shortcuts or magic: the puppy’s inappropriate behavior or mistakes will not disappear when he grows up. You have to do the job for it to go in the right direction”, he warns, recalling that the first months of effort are decisive, after which there will only be a few adjustments to be made from the second year. 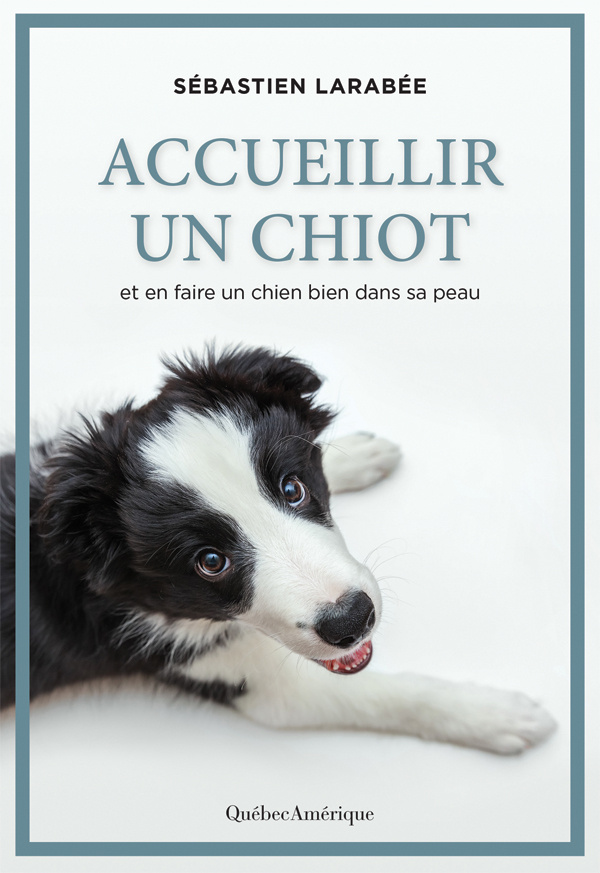