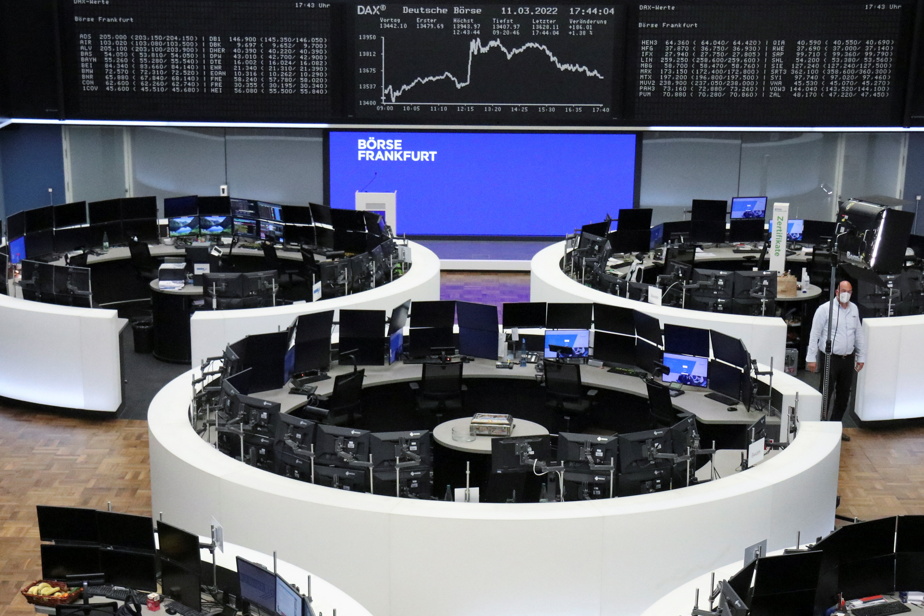 (Paris) Western stock markets continued to struggle with a lot of conflicting information on Monday, from Ukraine to new US Federal Reserve policy, as oil prices fell sharply.

The sector is weighed down by the fall of nearly 5% of the Hong Kong Stock Exchange, the financial center of Chinese flagship technology stocks. After the announcement of the confinement of Shenzhen, the technological center of the country, it returned to its lowest since mid-2016.

Technology stocks are also generally more affected by rising bond market rates. However, rates on ten-year Treasury bills rose to 2.12%, their highest since July 2019, on the eve of the start of the US Federal Reserve meeting.

A new session of talks between Russian and Ukrainian officials began on Monday, even if the conflict has spread in recent days to western Ukraine, on the doorstep of NATO member countries.

“While there has been no de-escalation in Ukraine, there is hope that talks between the two sides could lead to a ceasefire. It may be premature, even erroneous,” nuanced Craig Erlam, an analyst at Oanda.

Oil ebb and the Fed in sight

The negotiations were driving oil prices down sharply. Around 1:30 p.m., a barrel of Brent from the North Sea for delivery in May fell 5.40% to 106.59 dollars.

In this uncertain context, the US Federal Reserve is holding its monetary policy committee meeting on Tuesday and Wednesday. An increase in key rates of 0.25 percentage point is expected in order to fight inflation, even if the consequences of the war in Ukraine encourage the institution to be more cautious.

Taiwanese electronics giant Foxconn, Apple’s main supplier (-2.50%), announced that it was suspending its activities in the Chinese technology center of Shenzhen, confined by the government.

The German car giant Volkswagen (+4.38%) announced a strong increase in 2021 results on Friday evening, defying the drop in sales due to the shortage of chips, and expects stable profitability in 2022 subject to of the uncertain economic impact of the war in Ukraine. Its Porsche subsidiary also climbed nearly 5%.