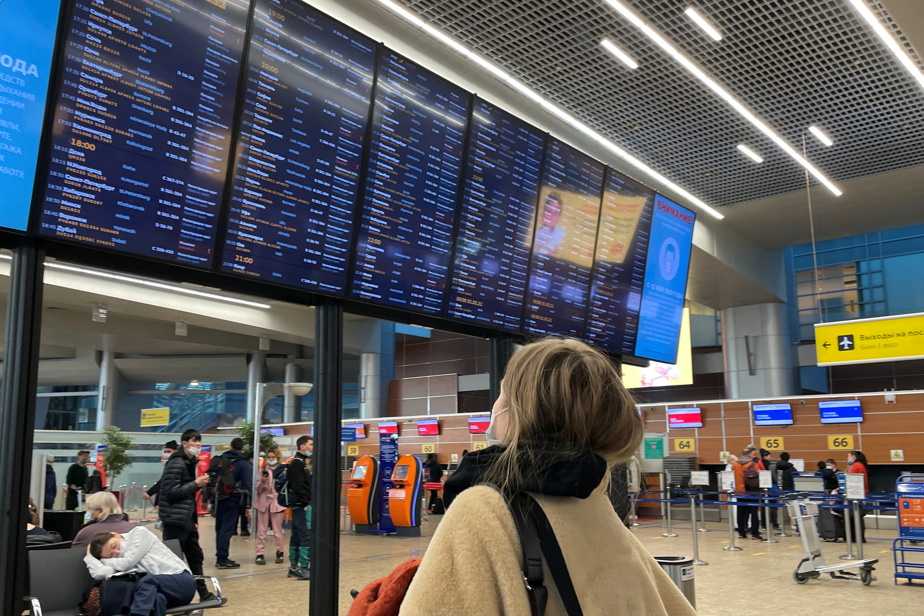 (Paris) The reciprocal closure of their airspaces by the European Union and Russia has only a limited impact on Russian air transport, but European airlines will be forced into long and costly detours to reach Asia .

States are sovereign to prohibit the overflight of their own country. The 27 of the European Union announced on Sunday evening the closure of their airspace to Russian companies and planes in retaliation for Moscow’s invasion of Ukraine.

Concretely, no Russian aircraft can “land, take off or fly over EU territory”, according to the President of the European Commission, Ursula von der Leyen.

Certain flights, in particular for humanitarian purposes, may however be authorized.

Canada and other European countries, such as the United Kingdom, Moldova, Norway and Iceland, have made similar decisions. Switzerland followed suit on Monday, “with the exception of flights carried out for humanitarian, medical or diplomatic purposes”.

Russia, for its part, retaliated, prohibiting, “except with a special permit”, its airspace to companies from 35 European countries and Canada.

The EU has also banned the export of aeronautical services and equipment to Russia, complicating the maintenance of Airbus planes on Russian territory, regardless of their nationality.

The closure of European skies to Russian planes “in fact does not change much” for Moscow, believes Paul Chiambaretto, air transport specialist at Montpellier Business School. “The link with foreign countries is quite marginal in view of the importance of the Russian market”, he underlines.

Admittedly, the closure of European skies deprives Russia, and in particular its national airline Aeroflot, of its first foreign market, but “the size of the country means that it is not very sensitive to a blockade”, even if “this contributes to the isolation of Russia at the international level,” Paul Chiambaretto told AFP.

However, Russia still has an opening to the world via its southern flank, notably via Turkey.

The closure of airspace will also lengthen journeys to Kaliningrad, a Russian enclave wedged between Lithuania and Poland. “Russian airlines will use airways passing through neutral waters of the Baltic Sea,” according to Russian air regulator Rosaviatsa.

For the Old Continent, it is a return to the situation of the Cold War years. “Before 1991, we were not allowed to fly over Siberia,” recalls Geoffroy Bouvet, president of the French Association of Aviation Professionals (Apna).

Except for a stopover in Moscow, “we went through Anchorage, Alaska, to reach Japan, through the southern Himalayas to reach Beijing”.

The pilots will therefore, according to him, take the “polar route” or the “southern route” to reach Korea, Japan or China. Each takes at least an additional hour and a half to travel.

However, a Boeing 777, commonly used on these destinations, consumes 8 tons of fuel per hour of flight, according to Mr. Bouvet. That is as many additional costs for the companies, which usually devote almost a quarter of their expenses to the purchase of kerosene.

After a 24-hour suspension, Air France announced on Monday that it would resume flights to Beijing, Seoul and Tokyo following an “adapted flight plan”. To reach Seoul, the plane will fly over Turkey and Kazakhstan in particular, indicates a source familiar with the matter.

The Gulf companies, whose airports serve as “hubs” between Europe and Asia, could “do well” and capture part of the clientele, just like Turkish Airlines, from Istanbul, notes Paul Chiambaretto.

Japan and China, however, remain among the countries with the strictest travel restrictions due to COVID-19.

The number of flights between Europe and Asia-Pacific fell by 44% in 2021 compared to 2019 and these accounted for only 2.7% of flights departing from a European airport, according to the body. European traffic monitoring service Eurocontrol.