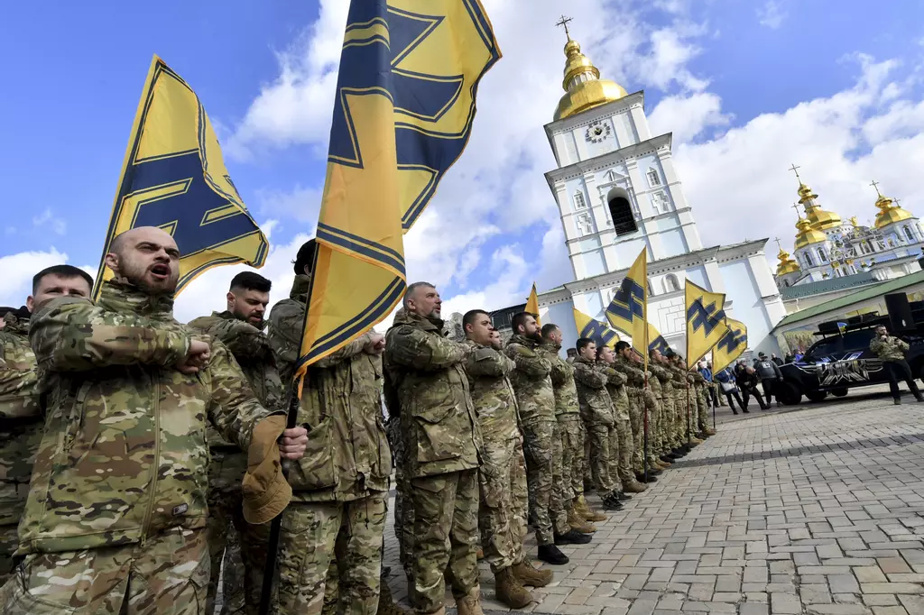 The Russian regime has declared war on Ukraine to “demilitarize and denazify” the country, he said. The Russian Embassy in Canada reiterated this message in a letter shared on Twitter on Tuesday, stating that “crimes against humanity and violations of international humanitarian law are being committed by the Armed Forces of Ukraine and groups neo-Nazis like Asov”. Yes, there are far-right groups in Ukraine, the best known of which, the Azov regiment, has indeed been incorporated into the country’s national guard. Which does not make the Ukrainian government and its army “neo-Nazis”, as you can imagine. Context.

The Azov regiment, named after the sea that borders Ukraine, Russia and Crimea, rose to prominence in May 2014, at the start of the Donbass war between the Ukrainian government and pro-Russian separatists.

At the time, explains Dominique Arel, holder of the Chair of Ukrainian Studies at the University of Ottawa, the Ukrainian army, “very weak”, had called upon battalions of volunteers to defend the sovereignty of the Ukrainian state in Donbass and to fight against the pro-Russian armed insurgency.