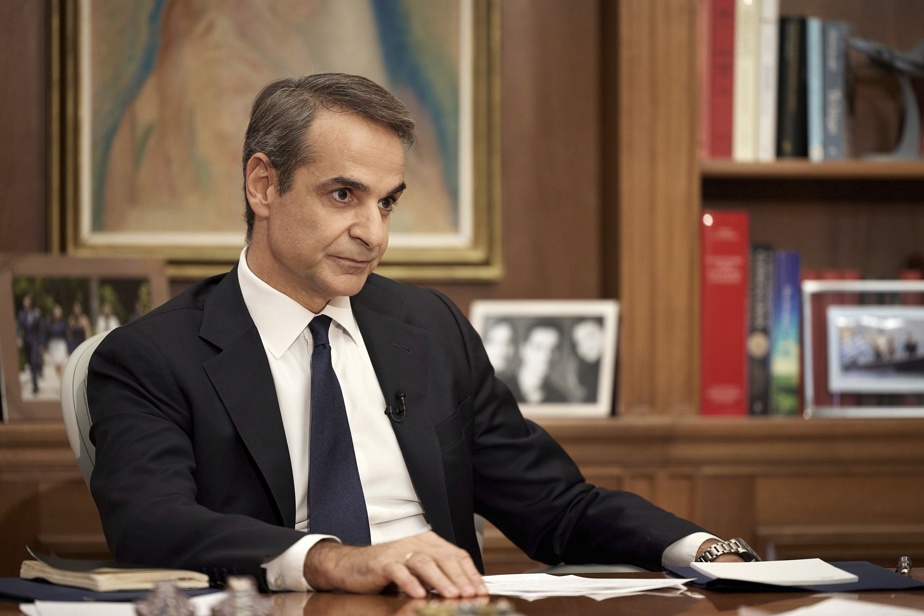 (Athens) Greek Prime Minister Kyriakos Mitsotakis, under pressure over the illegal phone tapping scandal, vigorously denied on Monday having put some of his ministers under surveillance, denouncing the “incredible lie” of a weekly newspaper behind these revelations .

The Sunday newspaper Documentoclose to the main opposition party Syriza, caused a sensation by publishing this weekend a list of 33 public figures, including several ministers in office, journalists and businessmen, targeted by the spyware Predator.

These revelations, which are based on sources within Greek intelligence, have relaunched the scandal of illegal wiretapping which has shaken the country since the summer.

They also come a few days after the visit to Greece of the European Parliament’s Malware Inquiry Committee which called on Athens to carry out an “urgent and thorough” investigation into this case.

Among the victims are, according to Documentoformer Prime Minister Antonis Samaras, but also heavyweights in the current government, including the Ministers of Foreign Affairs, Finance, Development, Labor and Tourism, the shipowner Vangelis Marinakis, owner of the Olympiakos soccer clubs and NottinghamForest.

“I never claimed […] that there was no supervision. It is very different from accusing the prime minister of having orchestrated this action,” said Kyriakos Mitsotakis, describing the newspaper’s accusations as “shameful”, “slanderous” and “unacceptable”.

On Monday, the Syriza party of former Prime Minister Alexis Tsipras (2015-2019), demanded that light be shed on this state affair “before the next elections” scheduled for the summer of 2023.

The radical left party, which has already called on the government to resign on several occasions, has indicated that it is considering resorting to “a vote of no confidence” in Parliament against the Mitsotakis team, which nevertheless has a comfortable majority.

Coming to power in July 2019, the Prime Minister reaffirmed that “the elections would take place in 2023” as planned.

Revealed in the spring by investigative media, the wiretapping scandal escalated in July when Nikos Androulakis, MEP and leader of the Greek socialist party Pasok Kinal, filed a complaint claiming to have been the victim of an attempt to infecting his phone with Predator.

Kyriakos Mitsotakis, who had placed the intelligence services under his aegis on the first day of his mandate, has always maintained that his government had not bought this software while acknowledging the wiretapping of Mr. Androulakis.

He has since promised that a law aimed at prohibiting the commercialization of malicious software would soon be passed.

Hearing before the Supreme Court on Monday, the director of publication of Documento Kostas Vaxevanis did not mince his words.

“There is a unique surveillance network, which has Mr. Mitsotakis as its brain,” said Kostas Vaxevanis, referring to a “Paranoid state”.

He also promised to deliver other names of personalities victims of this expensive software which makes it possible to spy on a person without leaving almost traces.

A very critical journalist of the conservative camp, Kostas Vaxevanis was behind the publication, at the height of the financial crisis in 2012, of the list of Greeks holding accounts in Switzerland, often called the “Lagarde list”.

Christine Lagarde was the head of the International Monetary Fund (IMF) at the time.

“Where is the judicial inquiry? Which people involved were called to testify? asked Mr. Androulakis.

“The political and economic life of the country cannot be subjected to such sordid practices,” he added on Twitter.

For its part, the Union of Greek Journalists judged that this case “strikes a blow to the confidence of citizens in the functioning of institutions and threatens democracy”.