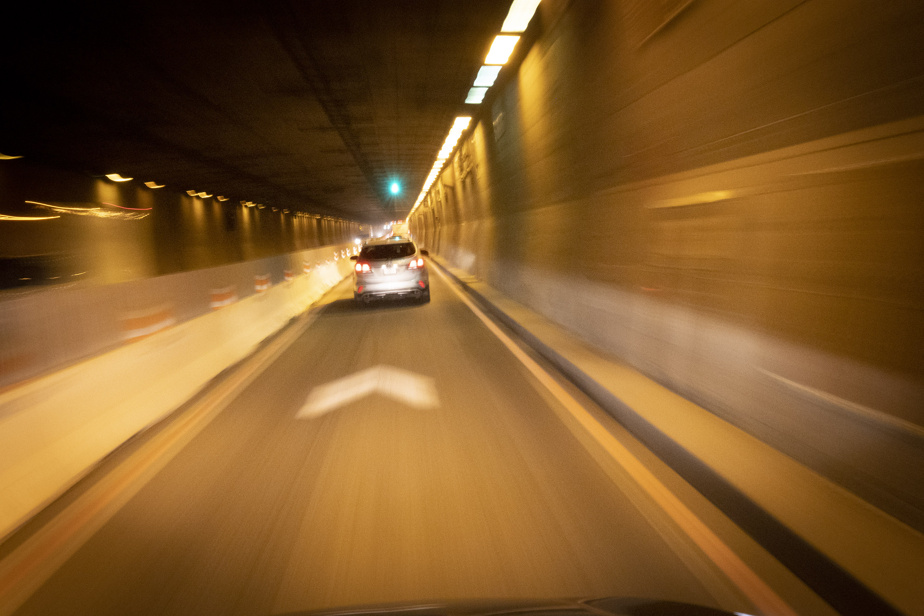 Little congestion is hampering traffic between Montreal and the South Shore on Friday morning. The first week of major obstructions as part of the repair work on the Louis-Hippolyte-La Fontaine tunnel will therefore not have created a catastrophic situation on the metropolitan road network.

At 8 a.m. Friday morning, it took barely 14 minutes to cross the 22 kilometers separating Beloeil from the entrance to the tunnel, half of the lanes of which are closed for three years.

Even the mitigation measures put in place on the South Shore to limit the impact of obstacles saw a drop in their use on Friday. Barely 472 people boarded one of the buses using the reserved lane on Highway 20 to reach Montreal, a third less than the volume observed since the beginning of the week.

Park-and-ride lots also experienced a sharp drop in traffic on the South Shore. There were barely 603 cars, compared to around 900 the rest of the week.

If access to the tunnel on the South Shore was clear, it was heavier on the island, where few – if any – measures have been put in place. On Highway 25, it took about 35 minutes to travel the 4 kilometers from Galeries Anjou to the tunnel entrance.

The only targeted mitigation measure for the construction site, the Radisson incentive parking lot was once again full on Friday morning. Like the rest of the week, his 325 squares were monopolized.

The other crossings on the St. Lawrence River also showed little congestion. No major blockage was reported at the Jacques-Cartier, Victoria, Samuel-De Champlain and Honoré-Mercier bridges.

As always, traffic was more difficult on the island. Highways 15 in both directions and 40 westbound were quite congested during the morning rush hour. On the other hand, the expressways of the north crown leading to Montreal were not very busy on this Friday morning.

This scenario of low-traffic crossings from the South Shore to Montreal was repeated all week, although the mitigation measures put in place were little used. It remains to be seen whether traffic will increase in the coming days or whether many people will turn to public transit to avoid traffic jams.

The Louis-Hippolyte-La Fontaine tunnel will be under construction until the end of 2025. For the next 18 months, the southbound tube is completely closed in order to allow the repair of its structure. During this period, all traffic is concentrated in the north tube, two lanes leading to Montreal and one to the South Shore.

In about 18 months, it will then be the turn of the north tube to be closed. Traffic will then be concentrated in the south tube, until the end of the megasite.