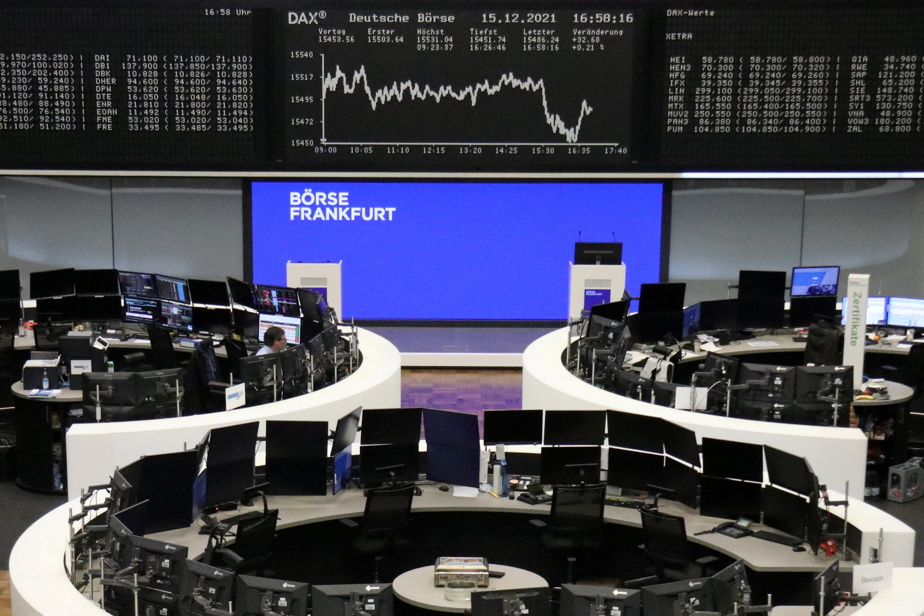 (Paris) World markets advanced on Thursday, confirming their morning gains after announcements from the European Central Bank, which came as no surprise.

European markets, solid from the opening following the decisions of the US Federal Reserve, maintained their growth throughout the session. Paris took 1.12%, Frankfurt 1.03%, London 1.25% and Milan 0.44%.

Asia was also at the party: Tokyo gained 2.13%, regaining its level before the shock caused by the discovery of the Omicron variant at the end of November.

European stock indexes continued to advance after the ECB announced it was easing its support system for the economy, despite the spread of the Omicron variant. An action widely awaited by market observers.

For analysts, the desire of central banks to tackle the inflation problem has been well received by the markets.

The ECB still considers “very unlikely” a hike in interest rates next year, reiterated President Christine Lagarde, when the Fed for its part opened the door to rate hikes in 2022 if necessary.

The surprise came from the Bank of England, the first of the G7 countries to raise its key rate since the start of the pandemic, to 0.25%.

“The landscape of global monetary policy is turning into a patchwork,” notes Jochen Stanzl, analyst at CMC Markets.

“While there seems to be agreement between the world’s central banks on much-needed easing, there is, on the other hand, a big disconnect in the way in which all players see the end of expansionary monetary policy,” an uncertainty that could affect the economy. market confidence according to him.

On the bond market, sovereign rates remained stable, those of European countries returning to equilibrium after increasing in the minutes following the ECB’s announcements.

In Paris, EDF fell sharply by 15.46% to 10.04 euros, after lowering its forecasts following the closure of a nuclear power plant to check for possible faults on its emergency cooling circuit.

The German wholesaler Metro (-9.44% to 9.31 euros) disappointed with revenue and operating profit forecasts for the 2021-2022 financial year below expectations.

Oil and the euro go up, bitcoin go down

Oil prices were upbeat, following the news of the sharper-than-expected reduction in crude inventories in the United States.