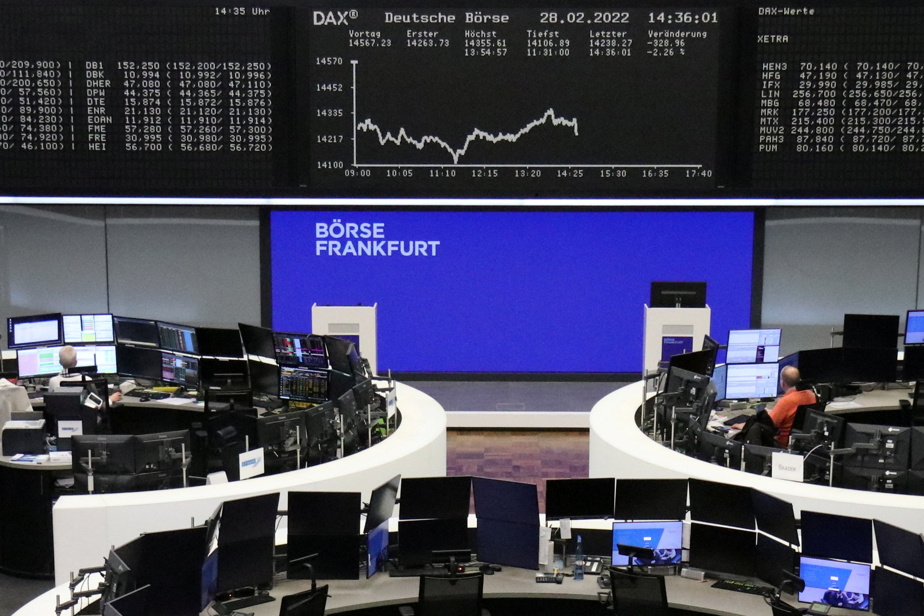 (Paris) The conflict in Ukraine, where Russian forces are launching a new offensive, caused a new wind of panic on the markets on Tuesday, investors rushing to low-risk investments such as government bonds.

In the United States, Wall Street was preparing to open lower more measured. Futures contracts for major indices were dropping around 0.70%.

The Moscow Stock Exchange was still closed on Tuesday by decision of the Russian central bank, and should remain so all week. “It will open when the Russians have taken sufficient measures to temper the catastrophe that is about to hit Russian stocks,” said Ipek Ozkardeskaya, an analyst at Swissquote bank.

The Ukrainian army is facing a new offensive by Russian forces on Kiev, Kharkiv, several cities in the country and the large port of Mariupol, the day after initial unsuccessful talks.

Western sanctions against the Russian economy, and especially the financial system, are increasing. Canada will ban “all imports of crude oil” from Russia, while many companies are announcing their withdrawal from Russian companies or projects. Shipping giant Maersk will stop serving Russian ports.

For its part, Russia says it will continue its offensive in Ukraine “until all objectives” are achieved, citing the “demilitarization” of Ukraine.

Again seized with strong fears as to the consequences of this conflict, operators abandoned equities to rush towards government bonds, deemed less risky, whose interest rates fell by more than 15 basis points in Europe and 10 basis points in the United States.

The yield on German ten-year debt thus fell back into negative, a first since the end of January, and that of US Treasury bonds stood at 1.72% around 6:20 a.m.

Oil and gas are racing

Oil prices also soared, the barrel of Brent, the European benchmark, jumping by 6% and the American barrel of WTI by 5%.

“The issue of direct sanctions on Russian oil and gas exports is a matter of timing, not probability,” said Markets.com analyst Neil Wilson.

On the European natural gas market, the benchmark contract soared 12.38% to 110.80 euros per megawatt hour.

The giant Shell (-1.93%) has announced that it is parting with its shares in several joint projects with the Russian group Gazprom.

TotalEnergies (-2.43%) for its part announced that “it will no longer bring capital to new projects in Russia”, without however withdrawing from the projects in which it is currently invested.

Already in sharp decline on Monday, the automotive and aviation sectors were the most penalized on Tuesday.

The dollar is strengthening

The ruble rose slightly by 2.95% against the dollar, after having lost 30% due to the sanctions against Russia.