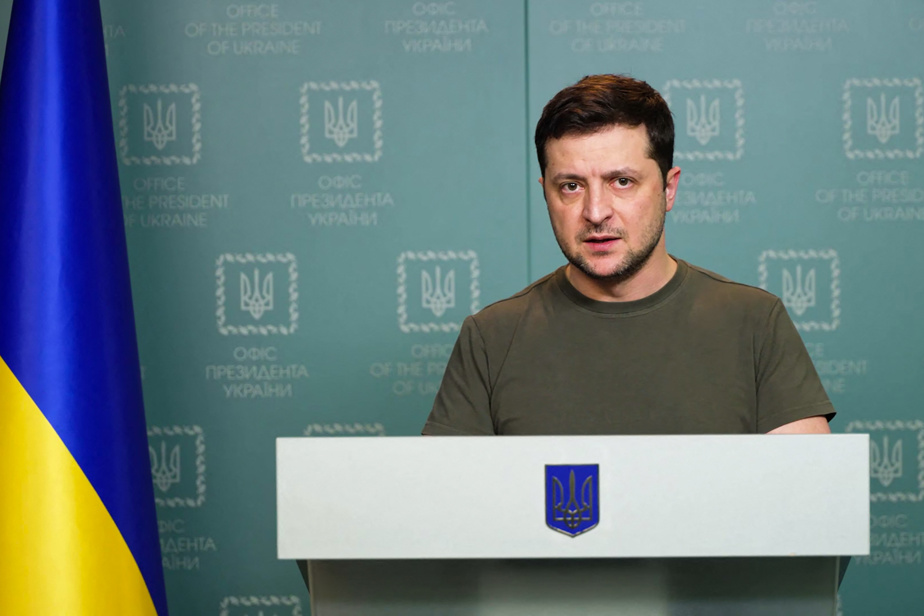 (Kiev) Ukraine’s president called on Tuesday to “stop the Russian aggressor” “as soon as possible”, during a telephone interview with Joe Biden, during which the two leaders spoke of the “intensification” of the offensive Russian.

“I just spoke with the American president […] We must stop the aggressor as soon as possible,” Volodymyr Zelensky tweeted after this interview, on the sixth day of Moscow’s invasion of Ukraine.

There was also talk of “Russia’s escalation of attacks on locations used by civilians in Ukraine, including today’s shelling near the Babi Yar Holocaust memorial”, according to the statement. the White House.

During their meeting, the two presidents discussed, among other things, Western sanctions against Russia and the assistance provided by the United States and other countries to Ukraine in defense matters, Zelensky added.

These sanctions “already have an impact on the Russian economy,” the White House said.

The phone conversation comes as Ukraine faces a major military offensive from Russia, which appears to have intensified its assault on the capital Kiev and the country’s second city, Kharkiv (east).

Five people were killed and five injured in a Russian strike Tuesday against the television tower in Kiev, according to the Ukrainian authorities.

This tower is in the same neighborhood as the site of Babi Yar, a ravine where the Nazis shot and killed more than 30,000 Jews in two days in 1941. This place is now an important place of memory.