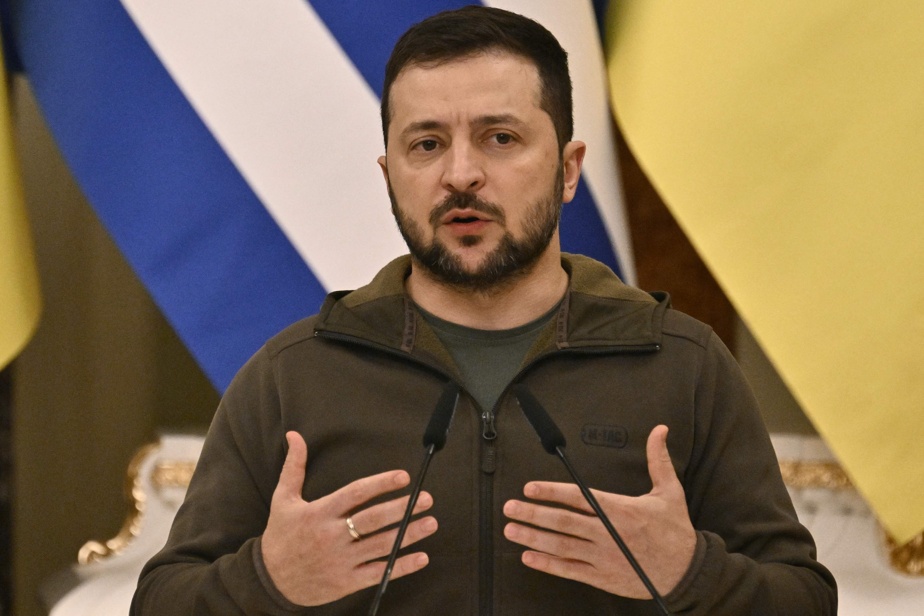 (Kyiv) Ukrainian President Volodymyr Zelensky has urged Americans to ‘maintain steadfast unity’ until ‘peace is restored’ in Ukraine, as crucial midterm elections are held in the United States on Tuesday. United whose results could affect Washington’s support for Kyiv.

“I ask you to maintain unshakable unity, as it is now, (and this) until the very day when we hear all these important words that we have dreamed of, until we hear that peace has finally been restored”, he launched in a videoconference speech from Kyiv where he received the American “Medal of Freedom”.

Mr. Zelensky thanked “President Biden, both parties in Congress and every American citizen” for the significant financial, military and diplomatic support to Ukraine since the Russian invasion of the country on February 24.

Washington has indeed been Kyiv’s main ally for eight months, heavily sanctioning Moscow and a large part of the Russian economy, delivering Himars precision artillery systems to the Ukrainian army, among other military equipment, and even supplying crucial intelligence on the ground.

On Tuesday, Volodymyr Zelensky also said he was “honoured” to receive the “Medal of Freedom” from Philadelphia, but wanted to dedicate this award to “all the women and men of Ukraine” who “show the greatest autocracy in the world that only defeat is what she can win in Ukraine”.

He cited in particular “heroic soldiers”, “volunteers” and other “employees of the energy sector who restore access to electricity to the inhabitants after Russian missiles and Iranian drones hit power stations”.

“Freedom is the main word for us and what really unites all Ukrainians,” he said in this video of about ten minutes.